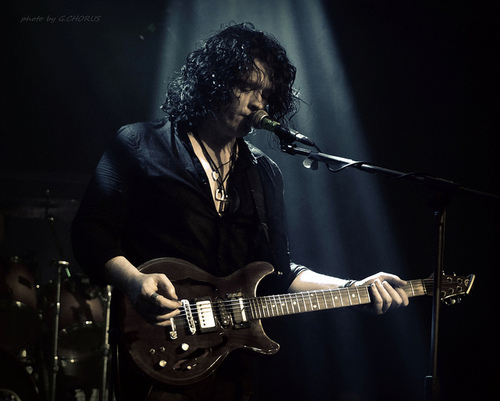 “I can’t wait,” said the talented vocalist/guitarist. “Such a cool line up – three bands that move in different spheres while sharing the intent to create music that is honest, forward-thinking and uninhibited.

“I first met Stéphane from ALCEST last year, discussing ’90’s shoegaze bands in a forest in Lithuania! He is someone for whom I have great respect. Their music is melodic and soulful, full of dream-like imagery.

“MaMIFFER are true artists. The dynamic mix of stark piano, crushing melancholic textures and choral reverie is something to behold. Exactly the kind of thing I’m into, so I’m really looking forward to it.”

Anathema has only performed twice as a full band in North America, at the infamous Milwaukee Metal Fest in 2000 and 2001, as well as supporting a few dates of BLACFIELDS’s 2011 tour as an acoustic duo.

The fall 2013 co-headlining tour will see the band play many cities in both the U.S. and Canada for the first time, beginning September 12 in Philadelphia, Pa.