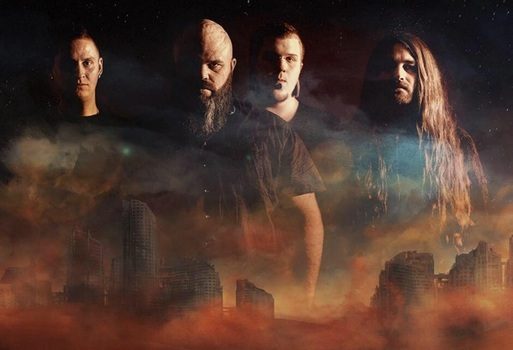 Another month in the books, just as quick as the last. Though with summer being half-way over, we can all start anticipating the fall deluge. And there’s no better way to start things up than to check out some of the latest videos for the up-and-comers and veteran acts. This month we check out Aeonian Sorrow, Andhera, Dark Millennium, Dream Child, Once, Revocation, Soreption (pictured above), and U.D.O.

Aeonian Sorrow
“Thanatos Kyrie”
Into The Eternity, A Moment We Are
Self-Released
As a doom(y) band, you are offered some more unique opportunities when it comes to video. With a 10-minute track, those who aspire to do more can even tell so much as a short story behind their music. Aeonian Sorrow paint a melancholic and personal picture to their music with “Thanatos Kyrie,” using only the woods and three actors. There’s a lot of power and emotion contained as the ‘film’ builds up, and serves as a fitting match to the music that sits behind it. Captivating stuff for interpretation, and all done without a big league label budget. Worth a watch even if you aren’t big on the doom/death sound. – Kyle McGinn (Aeonian Sorrow on Facebook)

Andhera
“Voice Like Light”
Firewalker
Self-Released
Jumping right back in after a strong release last year in Liminality, PA’s Andhera have a new release in Firewalker, and a stylishly made video in “Voice Like Light” to boot. Said video dives into the band’s mythology that has been build into the release, detailing a gift to mankind (and details some solid points of discussion). Like a number of videos this month, the quality is quite strong for an independent act, and the progressive/technical death metal mix serves as a strong creative outlet for a piece such as this. – Kyle McGinn (Andhera on Facebook)

Dark Millennium
“Lovers Die”
Where Oceans Collide
Massacre Records
Many may remember this German progressive death/doom metal act for their early 90’s albums on the same label – only to die in 1993. Back for a second revival since 2016, “Lovers Die” is the first video for their forthcoming fourth record Where Oceans Collide. A simple, catchy riff template against punchy drumming puts this in that 90’s mysterious groovy/doom veneer – the vocals quite raspy and caustic in a hardcore way, while the instrumental aspects give off that exotic/progressive vibe. Fast moving cuts of the band in black and white intertwine with intriguing artsy style visions of a dark henchman, a woman running through the field, eventually surrendering to that ‘vision’ which seemed to be a figment of her imagination. A solid preview for the upcoming release in late August. – Matt Coe (Dark Millennium official website)

Dream Child
“Under the Wire”
Until Death Do We Meet Again
Frontiers Records
Supergroup of sorts featuring ex-members of Dio, Whitesnake, AC/DC, MSG, and Helker among others, Dream Child keeps that Dio-style alive and kicking for “Under the Wire”. Bluesy and energetic, Simon Wright’s solid pocket playing plus Craig Goldy’s fiery guitar licks and tricks keep interest on high, along with Diego Valdez’s similarities to the leather lungs of RJD. Setting the members in an office environment for certain scenes can be comical (especially with Wayne simulating keyboard sounds on a computer keyboard), somehow the office manager’s less than impressed with the work ethic – eventually leading to the band members drawing evil pictures of their exasperated boss. Another throwback effort that should appease the Dio hordes. – Matt Coe (Dream Child on Facebook)

Once
“The Hour of Eden’s Fall”
After Earth
Pride & Joy Music
Coming in with a crowdfunded video (you can see the names of supporters at the end) to support their upcoming album, After Earth, Once delivers their first peek with “The Hour of Eden’s Fall.” Symphonic metal done with just the right amount of heaviness (including a few gruff shouts) is the name of the game, and the video portrays some appropriate gothic-esque imagery and tragedy intercut with the band rocking their hardest. It should be enough to catch a few new eyes in prep for the album’s release and a great representation of what else could be in store. – Kyle McGinn (Once on Facebook)

Revocation
“Of Unworldly Origin”
The Outer Ones
Metal Blade Records
The first taste of new Revocation (The Outer Ones) doesn’t disappoint, either by audio or visual means. The band is at their thrashy, deathly best and the old-school styled video features some forboding color tones and a grim finish. An exploration that leads to a witch is the central theme, and entertains with it’s slightly hokey tone (much like some Revocation videos in the past). As for the music, some monster riffs and a fantastic solo are more than enough to amp folks for Revocation’s September return. – Kyle McGinn (Revocation on Facebook)

Soreption
“Children of the Automaton”
Monument of the End
Sumerian Records
Groovy death metal maestros Soreption have no trouble convincing anyone when it comes to their high-energy and intricate playing. Plenty of thick riffs to be enjoyed here, as Soreption has done nothing if not improve, but the video concept that surrounds the song is quite intriguing as well. The Terminator-esque visuals and AI ending is quite chilling stuff to behold. Particularly when we live in an age rapidly heading towards something like this not being too far off from reality. A nice mix of brutality and a glimpse into a futuristic world. – Kyle McGinn (Soreption on Facebook)

U.D.O.
“One Heart One Soul”
Steelfactory
AFM Records
Back after retiring his Accept catalog on tour, U.D.O. assuredly reminds people that the man’s creative output continues on high even in his later years through “One Heart One Soul”. A catchy mid-tempo number featuring a marching rhythm, larger than life chorus, and twin guitar accents – this is sure to be a setlist favorite, with the audience joining in unison for the tremendous choir passages during the song’s concluding moments. The human kindness and spirit comes through in the multi-national narrative elements – filmed in a castle-like setting with the band performance footage. Professional and undeniably metal to the bone, U.D.O. never loses the essence of the genre, even when they make videos. – Matt Coe (U.D.O. official website) 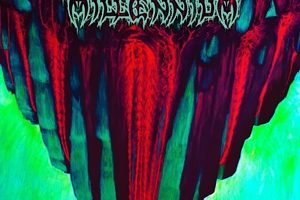