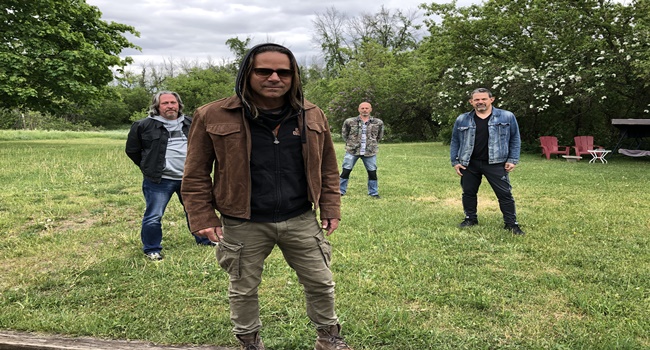 As we enter the final stretches of 2022, there are still plenty of records to consume, process, and devour – in a variety of genres across the metal platform. Here is our latest look into more quick hitting reviews for the November 2022 Rapid Fire column, including thoughts on Airstrike, Bark, Galderia, Her Anxiety, Onslaught, Ring of Fire, 17 Crash, Sword (pictured), Triskelyon, and U.D.O. 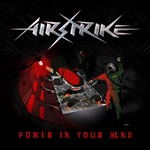 Airstrike – Power In Your Hand (Self-Released)
Eight years since forming, Polish act Airstrike finally arrives at a debut album release for Power In Your Hand. The quartet traverses heavy/thrash lines across these eleven tracks, embracing themes of war, resistance, politics, plus psychological aspects in a manner that recalls a lot of the Bay Area / North American sounds of the 80’s/early 90’s. Jumpy tempos against angular, beefy rhythms allow guitarist Daniel Zub vocally to take command in a snarly, James Hetfield-ish manner – “Prey” and “Don’t You Dare” standouts, while the longer, adventurous side of their musicianship/groove-oriented abilities comes out on the headbanging, circular components of the 7:39 title track. Doubt most will dig the hour plus playback, as at this stage in the game, less is more to build anticipation for the next release. Decent for those who love the melodic side of thrash. – Matt Coe Airstrike on Facebook 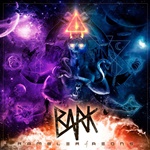 Bark – Rambler of Aeons (Listenable Records)
Belgian unit Bark releases their fourth studio album Rambler of Aeons, featuring Destruction guitarist Martin Furia in the mix. Listeners can expect a groove-based death n’ roll/metal type fusion with these twelve main tracks (thirteen if you pick up the CD edition). Influences run the gamut from Motörhead and the Cro-Mags to Sepultura, Black Sabbath, Entombed, and the Exploited – whether fast-charging for “Underworld”, heads down brutal with the right bouncy breakdowns in “For a Legend”, or a mid-tempo galvanizing anthem that brings the hordes together with “Back from the Grave”. Between the gritty, pissed off vocals from Ron Bruynseels plus the dynamic intertwining of styles/ fluid lead breaks, the quintet is bound to appease a large underground fanbase. -Matt Coe Bark on Facebook 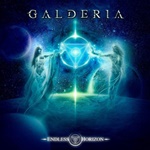 Galderia – Endless Horizon (Massacre Records)
The third album from French power metal band Galderia, Endless Horizon contains a veritable stew of textures within this catchy, steady set of material. Everything from a call to arms anthem for “Answer the Call” to a Sabaton-esque/80’s-oriented uplifting “Gonna Change It All” or a commercial melodic power effort “Heart of Mankind” proves that diversity works best to intertwine Teutonic/Scandinavian influences in a seamless fashion. The slightly folk-ish nature to guitarist/vocalist Sebastien Chabot’s natural phrasing/inflections can be hit or miss for long-term appeal but give credit for distinction versus the normal Kiske/Kotipelto-like belting that is the norm. Prepare to warm up those voices, hoist the swords high, and drink to your heart’s content with this soundtrack by your side. – Matt Coe Galderia on Facebook 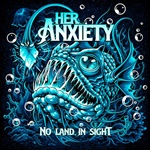 Her Anxiety – No Land in Sight (Art Gates Records)
Contemporary metal from Spain, Her Anxiety arrived on the scene in 2020, developing a sound that incorporates a mix of electronic passages, modern metal riffs, plus a mix of growls/clean melodies from the shape shifting voice of Aida Chicle. Aspects of Trivium, In Flames, djent/metalcore, and EDM/cyber keyboard accents keep the grooves tight, the hooks sharp, while the vicious main extreme vocals emphasize a gritty nature to these highly engaging tracks. The straight-ahead assault of “Adrift” demolishes the aural landscape, while the bouncy, mid-tempo hooks against twin guitar melodies during “First World Company” ensures propulsive, convulsive body motion especially in live settings. Versatility comes into play – the breakdowns may be obvious, but the layers of vocals/instrumentation keep each song interesting, anticipating the next transition or lead melody/break. One to keep an eye on for sure. – Matt Coe Her Anxiety on Facebook 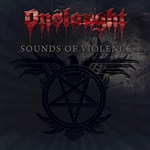 Onslaught – Sounds of Violence [Anniversary Edition] (AFM Records)
40 years as a band is nothing to scoff at – so UK thrash titans Onslaught choose to celebrate this occasion with reissues of their last three studio albums. Starting with Sounds of Violence, originally coming out in 2011 as a 180-gram vinyl edition and double CD digipak. The main ten tracks obliterate as punishing thrash should (“Born for War” and “Hatebox” personal favorites), while the second disc includes a Motörhead cover of “Bomber”, early demo songs from the 80’s, and five live cuts. Sharp, serrated riffing, machine gun rhythm section activity, plus vicious/raspy vocals ensure that the locomotive action never loses any punch or edge. Hopefully these lads can make it to an unprecedented 50th anniversary, as they’ve got plenty of adrenaline-laced creativity in the tank.– Matt Coe Onslaught on Facebook 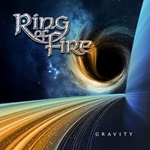 Ring of Fire – Gravity (Frontiers Music)
This long-running neoclassical power metal unit Ring of Fire contains seasoned players like Mark Boals and Vitalij Kuprij – assembling a European roster to fill out the lineup for this fifth album Gravity. Opener “The Beginning” is an epic mid-tempo delight, featuring cascading organ/keyboard work plus majestic riffs/guitar passages, while “Melancholia” and “Run for Your Life” sit in that arpeggio-laden wheelhouse. Mark’s voice resonates in professional splendor, gliding effortlessly through higher, eagle-soaring measures to match the intricate musicianship. The cross-continental internet workload aspect doesn’t diminish impact in the performance arena, but the production values (probably due to budget constraints) seem a tad lackluster especially when it comes to the drum tones – most evident in a ballad like “Sky Blue”. Eight years since the last record, ardent followers of Mark’s work will be most appeased. – Matt Coe Ring of Fire on Facebook 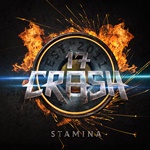 17 Crash – Stamina (Rockshots Records)
Thanks to the success of acts like H.E.A.T., Eclipse, and Kissin’ Dynamite, there’s a new generation of musicians willing to explore melodic hard rock/metal of the past and put their own, uplifting modern take on the proceedings. Put Italian band 17 Crash into that mix style-wise for this fourth album Stamina. Adding organ/saxophone passages to “Keep Yourself Alive” promotes the swinging musical aspect to the track, along with a great positive message, while the ballad “In My Dreams” handles the loss of someone important in a graceful, softer to heavier manner with emotional melodies especially in the potent chorus. You can’t go wrong with a Kobra Kai/Karate Kid-tribute song in closer “Strike First” – the soundbites plus dual guitar harmony parts penetrating as if turning back the 80’s time machine. Bringing the good times back to a rock/metal audience clamoring for excitement. – Matt Coe 17 Crash on Facebook 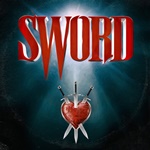 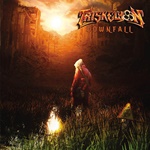 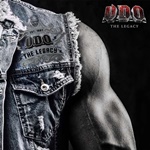 U.D.O. – The Legacy [Best Of] (AFM Records)
35 years since founding the band following his exit from Accept, Udo Dirkschneider and compatriots as U.D.O. haven’t lost any momentum for metal. Celebrating his wide discography, this double album The Legacy [Best Of] spans decades of studio records, twenty-nine originals plus four bonus tracks mainly heard on limited/special editions. Favorites vary – “Man and Machine” contains that slow, steady marching drumbeat and larger Teutonic swinging chorus, “Metal Eater” optimizes that heavier, speedier side, while “Steelhammer” speaks to the man’s ability to still be relevant in modern times. Of the rarities, “What a Hell of a Night” has an uplifting, party vibe in its main guitar harmonies that circles back to Metal Heart days, while “Dust and Rust” operates in that galloping meets mysterious power packed territory. Small in stature with a heart of gold, his powerful presence will never be lost to treasure into eternity. – Matt Coe U.D.O. on Facebook