A bit truncated this month, but don’t get the impression that there’s nothing intriguing out in the Bandcamp scene. Far from it in fact, and the interesting bit here is as you go through the “discover” section and view the best-selling albums, there are a number of more high profile bands utilizing the site for selling their album. Getting the large bands on should help some of the smaller ones as they’ll get some more exposure. This month we feature releases from Acruce Mortem, Existential Animals, Huldra, Moanaa, Numenorean, Progenie Terrestre Pura, Spellcaster, and Trudger.

Opening up this month’s article with teeth bared, Acruce Mortem have plenty of bite. While their thrashy take on black/death metal may not sound the most “original,” there’s no doubt that fans of the genre will be easily drawn to it. The blistering, full throttle approach to tracks such as “Collapsing the Empire” and “Geist” will get your neck in motion, and their chops are fantastic. The opening of the two part “Preserving Corruption” offers some build-up and atmosphere, as part II lays waste with explosive riffing that slowly turns back to more melody and a catchy solo and lead. Fans of blistering black/death take heed! 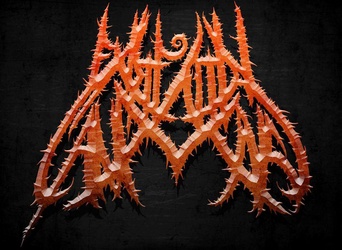 The second release from Ohio’s Existential Animals, Surrealith does its best to prove that they can keep things interesting sans vocalist. There’s a good mix of technicality (without going too far), some guitar shredding, and is balanced by some groove. You can hear the Gorod influences, particularly on “The Zanclean Deluge.” The band even tries out their first song with vocals at the end, which features the gurgling Artificial Brain frontman Will Smith. Based on this track, you could see the band implementing some more vocals in the future as it works great, but one almost hopes that they don’t as they’ve already mastered the instrumental side and it gives them more of a unique edge. 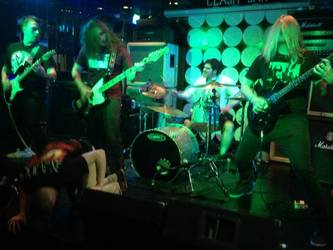 
After catching Huldra at St Vitus with Rivers of Nihil and Black Crown Initiate, their live act was compelling enough to check out some of their recorded material. The doom influences are a bit more apparent in the guitar tone on the recording, giving it a thick guitar tone, which works well with the more hardcore-driven vocal approach. There are even some almost stoner-esque riffs in the song “Maintain/Detain” that provide some melodic contrast to the band’s downright heavy approach (e.g. the ending of “Pulling Us Down”). These two tracks will give you something to chew on, but hopefully we’ll hear more from these guys soon. 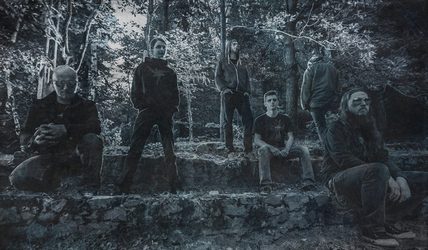 
Moanaa’s debut album Descent leaves a solid first impression. The initial grabber is their use of almost Gojira-esque riffing (also similar to France’s Grorr) at spots. It’s almost sludgy in tone, and keeps tracks like “Repulsive” grooving. But other tracks, like “Lit” feature a nice, mellow side of post-rock/metal influences and acoustics that convey a more peaceful side to the proceedings. Not to mention the occasional dabbling in doom, as with “Zero.” There’s a lot of potential here with their interplay of genre mixing, and they tow the line of beauty and sludgy well. 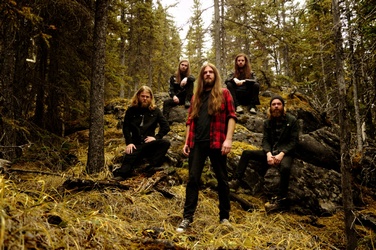 Yes, yes, the rumblings can already be heard. Yet another black metal band that embraces shoegaze. But do yourself a favor and check out Numenorean before you give them the cold shoulder. The blackened moments do have a certain reminiscence to Amiensus (or Agalloch if you’d rather) and the cleaner sections (with accompanied clean vocals) are beautifully woven into the mix. There’s some real brooding passion that runs through these two tracks, and the cover does a good job of describing the atmosphere within. A full-length should land these guys a solid fanbase. 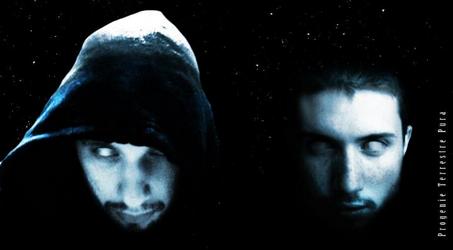 Last year’s U.M.A. was a intriguing feat of ambient, floaty synths mixed with some subtle black metal (meaning it never really got too vicious). Not to mention it’s wicked artwork! This two-song digital EP is completely electronic/ambient, completely shying away from the black metal part of their sound. But don’t worry, it’s still some interesting material. Unlike most bands that claim to have a cosmic sound, Progenie Terrestre Pura actually have the sci-fi element down in spades. This sounds like it could be the background for a movie (or Mass Effect), and the electronic/ambient mix is always compelling, even with the 10-15 minute runtimes for each track. Can’t wait to hear what their next full-length will sound like! 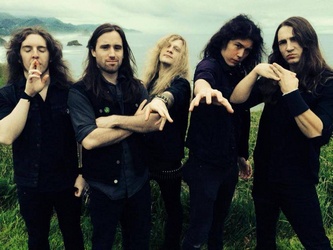 Oregon doesn’t really seem to be on the metal map for most of us, but that doesn’t stop Spellcaster from dishing out some high quality heavy metal. From what appears to be their single, “Run Away” (they have a music video for it at least), the spirit of NWOBHM seems to be strong with this one, despite their geographic differences and is a catchy number that features some strong vocals (always a necessity with this type of material). Spellcaster is full of compelling melodies and rollicking guitar licks, with some other standouts being “Haunted” and crunchy opener “As Darkness Falls.” While the style may be nothing new, Spellcaster provide another reason why it continues to prevail. 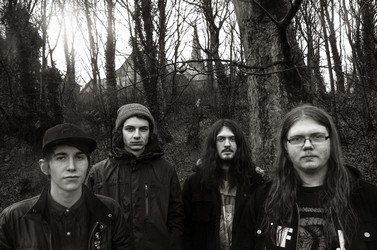 In opposition to this month’s sludge of Moanaa, Trudger’s take on the sludge genre has it’s own thoughts in mind. A clean approach (yet still heavy, don’t worry), the songs still have headbanging written all over them. Some definite nods to Mastodon and Neurosis, the biggest strength of Dormiveglia is how they can alter a number of moods, from abrasive to pensive, while retaining a heavy vocal approach (the cleaner roar sounds great with this music). “Thickening Fog” stands out as the choice cut of the bunch, with a nice moody opening before the music really kicks in and drives the music for a few minutes before shifting to a more melodic, post-metal lead at the finish. 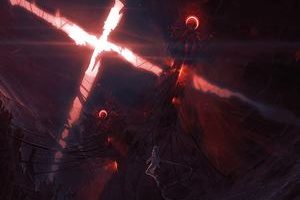 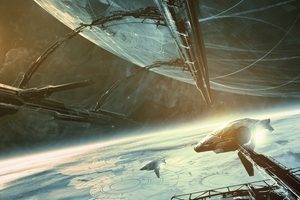 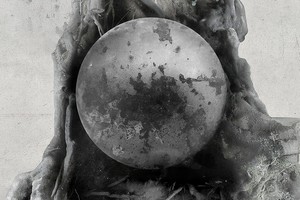 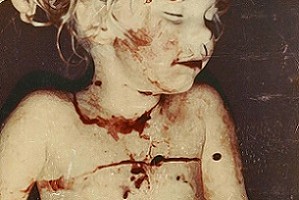 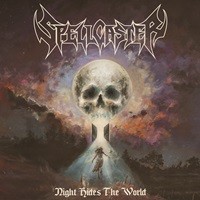