Looking towards the fall at this point, the thoughts of back-to-school and busy days gleam ahead. But Bandcamp never stops being busy, seemingly even busier than ever as of late. Lots of gems to be found, as this column continues to expand (with some careful planning) – it’s always fun to uncover some new acts before everyone else becomes hip to them. This month we check out Aeranea, Antti Martikainen, Deadtide, Devils Playground, Dust, Imperial Crypt, Intonate, Order of Leviathan, Oubliette, Punished, Terranaut, The Nothing, The One They Fear, and Voidspawn.

Fans of Delain and Lacuna Coil should have no problems digging what Aranea are bringing to the table on The Fading Ones. A dose of electronics alongside the hard-hitting riffs may also draw some comparisons to Evanescence, as does some of the gothic tinge of songs like “Silence.” Vocalist Lilly Seth’s graceful yet powerful singing has the ability to take the band further, and the crossover sound between metal and hard rock should ensure a wide audience if the band can get their name out there. There are a lot of memorable moments across the EP, so it’s well worth looking into if you like the bands listed herein.

A quick peek at the artwork of Synthesia sums up it’s sound pretty well. This instrumental album tackles a sweet spot between symphonic and industrial metal, and feels like it could be the soundtrack to a movie or sci-fi video game. At 90-minutes, there’s plenty of content, and it only takes a few to suck you into the teeming world within the music. Very climatic and upbeat stuff, sometimes feeling like a more symphonic and epic Mega Man X (see “One Against the World”). The type of thing that gets stuck into your head easily, with a great combination of melody and urgency.

Having witnessed Deadtide live back in April, it was great to hear some new material on their Bandcamp page. Three new songs, “The Great Unknown,” “Begin the Dream,” and “Finish the Nightmare,” all give off the same classic melodic death vibe that came through live. Taking the melodeath route with some clean vocals (used tastefully) and modern trimmings, Deadtide is looking to expand outwards beyond the genre while staying true to its roots. Each track full of some fantastic melodies, both musically and lyrically, and should hopefully boost the band to the next level. Fans of melodic death and progressive metal should be all over this one. Note: “Finish the Nightmare” is below…check out the other two songs individually through their Bandcamp page.

With a sound that seems to merge metalcore with hard rock, Devils Playground uses a modern approach with plenty of groove and a dual vocal dynamic to make their point. Thick and chunky riffs couple with throaty shouts and some solid female singing to give them a sound that is familiar yet fresh at the same time. Plenty of contrasts, from the galloping “Fireball” to the heavy opener “Time to Die” to the groovy “Cross the Line,” make for a solid introduction to the UK act. Well-done and interesting from beginning to end.

As the band admits to on their Bandcamp description, Dust’s sound carries “no trends, no bullshit.” It’s all about the almighty riff with these New Zealanders, and Beyond Flesh delivers. Modern death metal that sticks to the thrashier side of things, Dust maintain a feeling of heaviness that isn’t too far removed from bands like Decapitated and Psycroptic, with a thrashier tone and some well-timed melodies and groove that come across as subdued, never interfering too much with the act’s brutality. A solid production all around, it’s nice to hear the bass rumble through (see “The Widow, The Wanderer”) – a good description for Dust as it may, well-rounded death metal.

Equal parts atmospheric black metal and melodic death metal make up this concept album about the fall of the Roman Empire and the Norse myth of Ragnarok from Imperial Crypt. Some Viking elements linger about too, and the synths give it an epic feeling throughout, without sounding “too happy.” The whole thing has a decidedly ‘90s feel to it with either the melodic death or black metal elements, with melodies that will thrill and an atmosphere that is gripping. Well-composed songs that do a good job of balancing dynamics, as “Treachery in Winter” switches between playful synths, crushing mid-tempo, and some full-out blasts. For those who seek a sense of grandeur with their blackened death metal.

The Swerve represents a fresh twist on two particular versions of death metal. There’s the Ulcerate/Deathspell Omega version of dissonance alongside some spectacular fretless bass use, and Cynic’s technical vibes as well. Whatever your take-away is in terms of description, Intonate drop a mega-ton of heaviness and create something that feels new. The weird, dissonant riffs are given some added energy and heaviness, and the flashy, tech-stuff is given some added vitality. It’s an album that amounts to more than the sum of its parts. It’s dark, powerful, weird, and ultimately crushing…all in a way that will keep you intrigued by the mystery behind their sound. This band should be going places quickly.

Order of Leviathan initially impressed with their first EP, The Infernal Path to Total Darkness, and have now returned with their first full-length. USBM that never moves towards anything of the atmospheric variety, the band’s venom is thoroughly intact. But that doesn’t mean they have to barrel through every song soaked in blastbeats either. Some tasteful change-ups in speed are appreciated, and the emphasis on mid-tempo riffing helps to add melodies without coming off as cheery or overtly melodic (check out “Disenchant”). It also shows a gain in songwriting skill from their EP, furthering to add to an individual identity that should keep them apart from the more blast-friendly black metallers.

Oubliette’s first album left quite an impression with us here at DR, so a new song finally emerging was some exciting news. “Solitude” carries on the band’s tradition of the finest melodic black/death pairings, with plenty of atmosphere. Some subdued moments provide a nice added emotional weight to the song (that’s not even counting the gut-punching lyrics), which captures the essence of ‘90s Scandinavian black metal with elegant Gothenburg melodies. A real winner and hopefully a good indication of what to expect with the band’s next full-length, coming in 2017.

Punished provide thinking man’s death metal with their first release, The Absent. Featuring Ben Read (ex-Ulcerate) and Serocs’ Antonio Freyre, a number of star-studded guests (including members of Serocs, Demilich, First Fragment, and fellow scribe Austin Weber), Punished are well-designed to quickly move up the ranks. It’s a dark, unpredictable, and suitably creepy in tone – enabling the material to be diverse. Brutal material that is also technical (without wankery), dissonant without being too murky, and atmospheric without being gooey. It’s a killer combination of all things that death metal fans crave, and Punished have a good thing going for them. Hopefully a full-length isn’t too far behind.

Chicago-based black metal unit Terranaut come across as being more Scandinavian in sound than you might expect. Particularly of that second wave of melodic black metal that sprung through in the late ‘90s. Lots of galloping riffs and tremolo picking to be had, and some slick melodies (see “Ancient Trees”) lead the way, alongside some suitably caustic vocals. The band isn’t entirely stuck in the past though, as some black ‘n roll elements also creep in (“Red Earth”), providing a change of scenery from time to time. Nice to hear this type of material approaching from American shores, without watering it down with Deafheaven-like influences.

Checking out this one after discovering fellow Argentinian act Unfear, The Nothing take their melodic death metal with a few ‘core elements in tow. Sure, a few breakdowns in there (“My Enemy”) but nothing that should scare away any melodic death fans in search of some new tunes that have plenty of energetic riffs and catchy melodies. A good assortment of shouts, growls, and clean singing rounds things out, and some groove and thrashy elements keep things moving when the melodies need a break. It never really moves outside of the box, but it’s thoroughly well-done material for those who are looking for some modern melodeath.

Upstate NY act The One They Fear takes influence from the golden days of the metalcore movement. A combination of harsh/sung vocals, some breakdowns, and melodic death-gleaned riffwork, Silence is Consent feels more akin to Killswitch Engage or Unearth directly than the copycat legions that followed them. Of the four tracks, some highlights include “With These Flames,” which has a soaring melodic chorus, and “This Cursed Hope,” which is full of playful guitar melodies sprinkled throughout. The type of sound that tends to resonate in the NY/New England-area, Silence is Consent is a solid starting point for this melodic act.

As this month tended to move in a more dissonant direction than techy for a change, Voidspawn spew forth darkness without becoming completely muddled in distortion and noise. That lurching and crawling type of death metal, with occasional explosive fireworks are what these three songs are all about. Dark and punishing death metal – no need for tags or labels, it’s just heavy in all the right ways. No wonder the band has already signed with Unspeakable Axe since Pyrrhic has been released on Bandcamp. This is the type of thing that immediately grabs you by the throat and won’t let go. 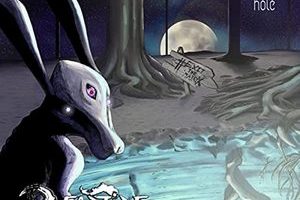 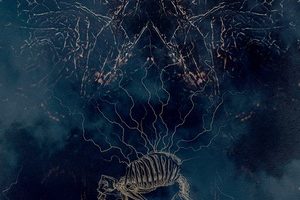 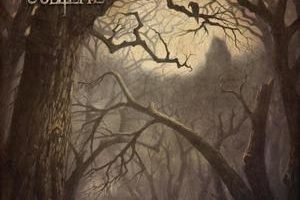