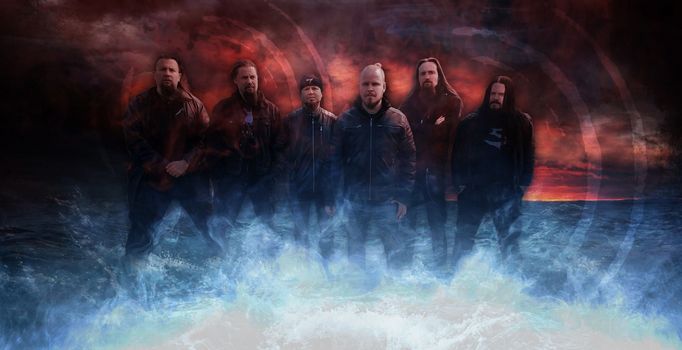 Welcome to the fall, where there are even larger piles of metal to go through, and a number of releases end up falling (no pun intended) to the wayside.  At least we can check off a few more releases in terms of coverage with the Rapid Fires section.  This month we check out new releases from Æpoch, Bloodkill, Bloodphemy, Crisix, HellAndBack, Orbit Culture, Replicant, Shadecrown (pictured above), Turn Cold, Wanton Attack, White Stones, and Winter Nights. 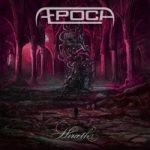 Æpoch – Hiraeth (Self-Released)
No strangers to the tech-death game, Æpoch have also been champions about how to pull it off without it being an overtly tech-y mess.  Hiraeth showcases two new guitars into the band’s fold, which has shifted the sound more into that tech direction, but never at the expense of the melodies and other influences that the band has held for years now.  Add in an intriguing concept that the EP is built around, and this turns into a masterful outing that genre fans should be able to jump right into and enjoy. – Katarina McGinn (Æpoch on Facebook) 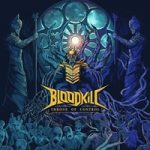 Bloodkill – Throne of Control (Punishment 18 Records)
Hailing from India, Bloodkill straddles the fence of thrash and groove metal on this debut full-length Throne of Control. Between the raspy vocals, dual rhythms with melodic accents, and solid bass/drum work, it’s evident through winning cuts like the slow marching “False Face” and hard charging “Horrorscope” (not an Overkill cover) that this quintet love late 80’s/early 90’s Kreator, Metallica, and a bit of Overkill in the mix. Raw tones and production values will keep the appeal more underground. Promising talent lies within – more seasoning could be fruitful on future outings. The versatility of shifting speeds and building out the main hooks with intriguing exotic guitar accents should pay dividends for Bloodkill on the originality front. -Matt Coe (Bloodkill on Facebook) 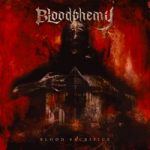 Bloodphemy – Blood Sacrifice (Emanzipation Productions)
Death metal for death metal’s sake pretty much sums this one up.  Bloodphemy have been around since the turn of the century, and Blood Sacrifice is their fourth full-length (first for Emanzipation Productions).  It’s heavy and brutal in a ’90s death metal way, meaning that there’s also an extra sense of underlying melody to the aggressive material.  While it’s nothing out of the ordinary, it’s pretty well done and polished for what it is – sure to be loved by the old school fans for sure. – Katarina McGinn (Bloodphemy on Facebook) 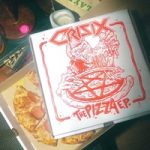 Crisix – The Pizza EP (Listenable Records)
Establishing themselves as one of Spain’s premiere acts of the current thrash movement along with Angelus Apatrida, Crisix cooks up a new EP of material for The Pizza. Choosing to record four quick hitters including the last two songs live in the studio at the same time, it’s more of the same high energy riffs, gang-like choruses, and bouncy tempos that you’ve come to know and love from the quartet. “No Tip for the Kid” recounts an anecdote from guitarist B.B. Plaza’s previous pizza delivery career, while “Raptors in the Kitchen” is a crossover 90’s punk/hardcore infused number assaulting the senses in under 60 seconds. Closing with the rambunctious “It’s Tough to Cook a Song” where bassist Pla Vinseiro gains a sick spotlight and features some extra narrative chef talk, you may want to order your favorite pie to consume this material with. Mosh forward. – Matt Coe (Crisix official website) 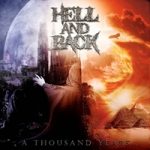 HellAndBack – A Thousand Years (Pure Steel Records)
Another entry from Cleveland, Ohio, HellAndBack sits in that classic 80’s-oriented US power metal mold on this debut album A Thousand Years. Between the soaring, paint-melting range of vocalist Chris Harn, solid twin rhythm/lead support from David Kirk and Matt Schostek, and progressive meets in the pocket bass/drum support, songs like “Atomic Ascending” and “Scissors” bring the best of Metal Church, Flotsam and Jetsam, Judas Priest, and Helstar to the table. Tightly focused arrangements, primitive production values, and the mystical/colorful cover make these nine songs roll by quickly without wasting anyone’s investment in time. Even the ethereal title track ballad has a darker, Maiden-esque quality that resonates with solid, emotive lead mechanics, and ending with a Grim Reaper cover for “See You in Hell” elevates those devil horns. One to watch. – Matt Coe (HellAndBack on Facebook) 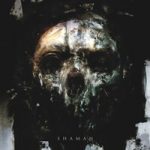 Orbit Culture – Shaman (Seek and Strike)
Elevating attention stateside through consistent Liquid Metal satellite airplay, Orbit Culture return for their latest EP Shaman with five new songs of hard-hitting melodic death/groove metal. Intertwining aspects of Lamb of God, Fear Factory, Gojira, and Scar Symmetry, the duality growl/clean nature from guitarist Niklas Karlsson gives listeners a tremendous vocal juggling that works seamlessly next to the crushing riffs, shifts, and sonic platform these musicians deliver. “Flight of the Fireflies” has that Swedish melodeath/stunted mainframe that musically captivates, while “Strangler” has more of that penetrating command and response gallop which modern metal followers cherish. Finishing with the 7:20 “A Sailor’s Tale” that contains spirited shredding, a magnificent Viking-like chorus, and a heroic/orchestration sequence before the guitar/vocal battering ram groove rules the landscape, no wonder why Orbit Culture could set themselves up to be the next big thing for international success. – Matt Coe (Orbit Culture official website) 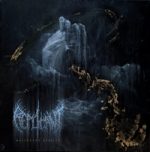 Replicant – Malignant Reality (Transcending Obscurity)
Replicant’s Negative Life set them up as a dissonant death metal act that weren’t afraid to add in a little bit more to make it interesting.  Malignant Reality continues to back that claim. Be it a bit of haunting atmosphere (“Caverns of Insipid Reflection”) or some piledriving grooves (“Death Curse”), there’s usually something up the band’s sleeve to grab your ear – not to mention the dissonant melodies and murky riffs that can be found in droves.  A solid piece of underground death metal that should end up being more than what you expect from it. – Katarina McGinn (Replicant on Facebook) 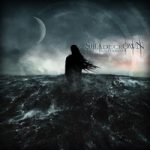 Shadecrown – Solitarian (Inverse Records)
Melodeath act Shadecrown has somehow never gained the popularity of their fellow Finnish gloomsters in Insomnium or Swallow the Sun, but they’ve been a consistent force in crafting melody with melancholy.  Solitarian only serves to further the claim, delivering many warm melodies with cold/harsh riffs and anguished vocals that hit all the necessary notes. Some upticks in the melodic/upbeat end are a welcome turn (“Slivers”) and offer the band some wiggle room still, as hopefully another strong release like this one will elevate the band’s status. – Katarina McGinn (Shadecrown on Facebook) 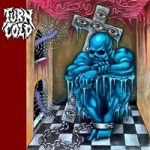 Turn Cold – Break Your Faith (Self-Released)
Crossover thrash here from a quartet of musicians born out of the pandemic, Turn Cold release their debut EP Break Your Faith. Expect three songs of equal metal and hardcore principles, focused on pounding tempos, solid guitar mechanics, and fierce vocals. Occasionally starting in slow gear before firing on all riff/groove cylinders as you’ll hear on “Delusion Solution”, the crunchy rhythms and in the pocket drumming for “The End of My Rope” is an easy favorite, fusing together the best of the Cro-Mags, Slayer, and older Metallica. Primal production values along with pissed off screams from Sten hammer home that Turn Cold fire hard, ask questions later and mow down any weaklings through their aggressive material. – Matt Coe (Turn Cold on Facebook) 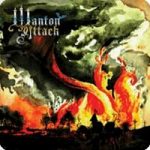 Wanton Attack – Wanton Attack (No Remorse Records)
A two-piece unit, Swedish act Wanton Attack unleash an arsenal of domestic heavy metal with roots from the early 80’s European scene on this self-titled debut record. Between drummer Micael Zetterberg’s diverse clean melodies and left-field screams (think a calmer King Diamond overall) and the solid rhythms and harmony layers from guitarist/bassist Niklas Holm, songs like “Fatal Technology” and “Demonic Forces Prevail” barrel over the listener like Mercyful Fate and early Heavy Load with a bit of NWOBHM sheen. Seven songs rocking the airwaves in under thirty minutes, no time is wasted to grab the right guitar hooks, endearing chorus, and move quickly onto the next idea. The calmer, acoustic guitars and subtle keyboards for the intro to “Crystal Ball” give a little John Carpenter-esque atmosphere before kicking into the electric, galloping affair that unfolds. Old schoolers will treasure this. – Matt Coe (Wanton Attack on Facebook) 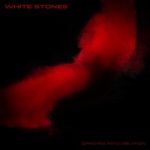 White Stones – Dancing into Oblivion (Nuclear Blast)
White Stones debut record, Kuarahy, was a bit of a ‘chill,’ proggy death metal album that gained some added eyes due to Opeth’s Martin Mendez’s bass at the forefront.  But what happens when the prog/chill goes too far?  That’s what Dancing into Oblivion answers.  Three of the eight cuts are short instrumentals, and the band makes the prog a bit too indulgent to keep it interesting (“Iron Titans” is the biggest offender) and makes the death metal meander.  There are some solid moments, and the band’s unique take on the genre stands, but sadly Dancing is often boring in sound, something that death metal can’t afford to be. – Katarina McGinn (White Stones on Facebook)

Winter Nights – Sky Burial (Self-Released)
A four-song EP from the New York-based melodic death metal act, Sky Burial picks up where last year’s self-titled left off.  Flexing some arguably heavier muscles than in the past, these tracks have a keen ear for mixing up brutality with melody – helping to push Winter Nights into a less crowded area within the melodeath field.  There’s some more gloomy elements too, and the synth usage is sparing but excellent.  Winter Nights have really built up a nice sound for themselves recently.  Hopefully it will carry them further as they continue it’s expansion. – Katarina McGinn (Winter Nights on Facebook)