Another in a long line of do-it-your-self-ers, Anomalie main dude Marrok (he of Harakiri for the Sky fame) finds himself at the enviable controls of a band whose versatility seems unlimited; whose grasp on the root-cause fundamentals of dark metal is strong; and whose depth should repel stagnation. The band’s sophomore Refugium is the proof of such action, an album with top-heavy melodies, a slight black metal undertow, and most of all, churning, memorable songs with ample doses of melody and atmosphere. Being that the album is one of the year’s true sleeper picks, we found it necessary to snag the aforementioned Marrok for a chat of the email variety. Thankfully, he was able to respond in kind…

Dead Rhetoric: Since the release of Between the Light, how much of a priority has Anomalie become?

Marrok: During the last two years Anomalie became more and more important to me. What started as my private home-recorded project without any intention to release the material, officially turned into a very serious band, reflecting my very personal vision of profound soundwalls.

Dead Rhetoric: You’ve spent time in some successful bands before. Do you enjoy having all of the responsibility for a band fall onto you now?

Marrok: Well, compared to really successful bands I’ve done just some underground stuff so far! (laughs) But it’s a really good feeling to be able to do whatever comes in my mind, indeed. Anomalie isn’t the first band in which I am the main composer, but this time, I was able to build up a band from day one according to my very own definition of a band, as it is not just about music, but also about creating an image and about building up a consistent unit in general. The overall impression of a band is very important for me; “only” good songs are just half the battle!

Dead Rhetoric: This happens with a lot of bands where the debut is more or less a “testing” ground, then the next album truly shows what they can do. Do you feel that way about Refugium?

Marrok: In our case you are absolutely right! But the difference compared to other bands might be that Between the Light was the unexpected result of several fortunate circumstances, as it was not my first idea to release a full record after the recordings of those songs. It was just a collection of tracks, written by myself during a timeframe of about three years, gathered under the project name Anomalie. At this time my only goal was to capture the material just to be able to listen to it at home whenever I want. Luckily, I decided to upload three songs on YouTube for free which attracted the attention of Art of Propaganda Records. After some chats with the label and my graphic artist Irrwisch, Between the Light turned into my first official solo-release a couple of months later.

As such, Refugium is the very first entire album that I have written within a much shorter timeframe to create a record which represents my very own idea of metal without any further compromises as I did not invest any money for the recordings of the first album, which resulted in the suboptimal sound – a fact that was necessary to change!

Dead Rhetoric: The new album has a much fuller sound than its predecessor. What was it like working with a guy like Markus Stock (Alcest, Secrets of the Moon, etc.)?

Marrok: To work with Markus was simply fantastic and definitely the right decision! He is the first sound engineer in my career who captured my idea of the final result immediately. I am a professional live audio engineer by myself, but with him I can concentrate on being 100% musician during the recordings because I can trust him blindly and that’s how it should be! His job has a very important impact on Refugium and I’m really glad that we ended up at his studio. It was not the last time, that’s for sure!

Dead Rhetoric: And Refugium, of course, is simply a massive body of work. You’ve applied the “dark metal” tag to the band, which given the variety of styles, makes a great deal of sense. But to you, is it important to demonstrate Anomalie can do many things well all at once?

Marrok: Well, I don’t know if I am doing many things all at once. I would rather say Anomalie is just the one thing I want to do, right like it sounds on Refugium. It’s not my job to invent any terms to describe what I’ve done… I simply like to write stuff intuitively without any specific paragons which results in this mixtures of styles you can hear in Anomalie. As I hate to do the same thing twice, the next record will sound different again but I won’t reinvent the wheel of course, music is about catching emotions, not about trying to make something completely new frantically!

Dead Rhetoric: Take a song like “Reality and the World Beyond,” for example, it’s perhaps your most melodic song to date. Are you in favor of pushing the melodic envelope pretty hard at times?

Marrok: So far I never had the impression that this song is the so far most melodic song because such aspects are not really important to me. Everything feels just right, exactly like it is and I was never the kind of guy who sits at home, thinking about the development of my future compositions. I have no clue how the next Anomalie song will sound like, so we will see if the next album will be more melodic – or maybe it will be raw and fast, who knows?

Dead Rhetoric: At first glance, the lyrical themes of the album have somewhat of a positive edge to them in relation to everyday human struggle. What were you aiming for, and, how much of it was personal?

Marrok: (laughs) You are the very first interviewer who has recognized the positive vibes between the lines! As I said in an interview right after the release of Between the Light: I’m a positive guy reflecting a negative world! Complaining about everything and everybody while living in one of the richest and safest places in the world would be very very ungrateful in my humble opinion. Of course, there is a lot of shit happening out there every day and I’m by far not that kind of guy who is running around with a fake smile all day long because there is a lot to worry about, but my personal everyday life feels way more enjoyable with knowledge that we are not as fucked as others!

The lyrics for Anomalie are mainly influenced by my thoughts about life, death and everything in between. While the debut deals with the urban kind of life, “Refugium” has a much more philosophical approach. I’ve learned that it’s healthy to escape from the struggles of our society as much as possible and I’ve rediscovered the value of silent places in the middle of untouched nature. There you are able to forget about the conception of the world which others told you to believe in and you will listen to your inner voice instead. There is much more to discover than the eye can see and that’s something really inspiring for the writing process of the next record!

Dead Rhetoric: With all that’s going on in the world, how hard is it to be even remotely positive with your lyrics?

Marrok: Nowadays it’s easy to get very angry and scared at the same time within seconds, just think about global politics. But to live like there is nothing but negativity left is like to accept that those who feed our fears have already won. These days I try to focus on the essential things in life which existed already long time before modern societies and which will survive our times hopefully. We won’t be able to stop insane politicians anyway, so the only thing I want is to take care of my own surroundings and the people I love. Listen to your instincts and your conscience instead of the entities which are working against our life in peace every day, they will just win if the masses keep playing their game full of hate and manipulation!

Dead Rhetoric: Being that you have a full lineup (based on your promo picture), are live shows a possibility? Or, are you going to wait until you know you can properly replicate the songs?

Marrok: Actually we have already played two shows so far, which was a great feeling to experience those songs in a live situation face to face with the audience! Unfortunately my third guitarist, Torsten of the venerable German bands Agrypnie and Nocte Obducta, joined the lineup too late to rehearse with us before the first shows, but he will join us at least for two shows in December when Anomalie will hit the road for a very first Tour through Germany, the Netherlands, Switzerland and Austria! After that he will play all future shows, so we will be 6 guys on stage finally.

Dead Rhetoric: Finally, what’s on your agenda for 2016?

Marrok: First of all we will present Refugium live as much as possible, some new dates will be announced soon! After the festival season I will enter the studio again in autumn 2016 to record the next album. Half of the songs are written already, the title and the concept are fixed as well, so I had a lot of new creative input since the recordings of Refugium about half a year ago! Even though Anomalie is a quite young band at all, the second album feels like a rebirth or restart to me and we are really motivated to share our art with a lot of people out there soon! 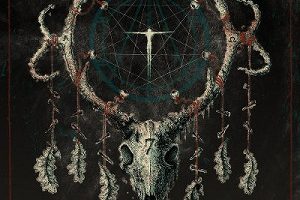