The waning months of the year are generally reserved to do some clean-up…and find some hidden gems. That seems to be the case with this month’s installment of Rapid Fires, with a select few of the below releases turning out to be true-blue diamonds in the rough, most notably Anomalie, who are pictured above. Here’s the rest of assemblage for November 2015: Abyssus, Ataxia, Darkest Era, Die Choking, Excessive Force, Furze, Gaijin, Holocaust, Imperia, Mindless Sinner, Missa Mortvm, Rebellion, The Crawling, and Wilt.

Abyssus – Into the Abyss (Memento Mori)
Inspired from a Latin phrase in the book of Psalms (42:7 if you desire looking), Greece’s Abyssus have been rather active in their four years prior to this debut album. Two EP’s and three split releases properly position Into the Abyss hopefully as a proper ‘step up’ statement – and a throwback to the early 90’s death metal era when bands like Bolt Thrower, Obituary, and Death ruled the underground. Kostas Analytis’ uncanny ability to replicate John Tardy’s groans and drawl inflections makes the low-tuned, mid-paced to doomy riffs that much more sinister. Primal production and chest thumping bass aids “Intent to Kill”, while quick hitting “Revenge” and “Enthrone the Insane” are consummate Florida-oriented death crushers. Slowly we scream in bloody rot gore. – Matt Coe (Abyssus on Facebook) 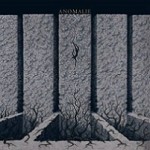 Anomalie – Refugium (Art of Propaganda)
An Austrian horde who are just hitting their stride after last year’s Between the Light debut, Anomalie appears to have positioned themselves in a fortuitous spot based on the all-around excellence that is Refugium. A band capable of doing many things well at once, the balance struck between atmospheric metal and driving, hard-headed metal is one to behold, especially since it’s tapered off in a black metal context. The spate of melodies found in jams such as “Between Reality and the World Beyond” and the closing title track demonstrate a band who appear to have no ceiling at the present time. One of the year’s true gems, Refugium deserves maximum attention, and a further investigation. – David E. Gehlke (Anomalie on Facebook) 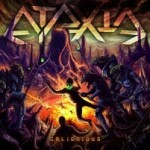 Ataxia – Calignious (Self-Released)
Straight from the Suffocation/Cryptopsy school of brutality comes Canada’s Ataxia. Wisely positioning themselves alongside their fellow countrymen with similar technical know-how and love of all things brutal, the band rolls out a workmanlike 13 song offering by way of Calignious. A lot of the band’s riff pairings and drum interplay easily remind of higher-ladder death metal bands, which immediately puts the album behind the ‘ole 8-ball. A guest spot from Jason Netherton of Misery Index livens up “Opprorbrium,” while the dissonant riffing and near-deathcore sounds come marching on… – David E. Gehlke (Ataxia on Facebook) 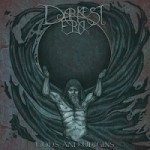 Darkest Era – Gods and Origin (Cruz Del Sur Music)
A limited edition 7” recorded between their last studio album and the spring 2015, the two songs bridge the old and the new for this Celtic metal band. “An Dagda” is a re-recording of one of the first songs the band ever wrote, a stirring semi-speedy anthem filled with that epic twin layered harmonization that puts Thin Lizzy into a Primordial level – while newcomer “Elohim” is an acoustic number that showcases their introspective yet tender side. Limited to 150 copies in two forms (Swamp Green or Regular Black), proof again that Darkest Era captivate through crushing songwriting ethics and shimmering performances. – Matt Coe (Darkest Era official website) 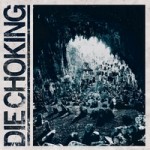 Die Choking – III (The Compound)
Die Choking have been managing to improve on their lightning-speed approach to grind through their first two EPs (I and II), bringing us up to their 11 tracks in 14 minute ripper that is III. A relentless pace, coupled with frantic drumming, punk attitude, and some scathing vocals, Die Choking is grind for grind-lovers. Those that don’t get the sound aren’t going to be convinced otherwise, but if you yearn for that adrenaline rush of songs that drum up a cyclone of energy, Die Choking has you covered. The band does actually slow things down for a few seconds on “Leave it to Them” to some impressive effect, but much of the album will come across as chaos. But that’s a good thing! – Kyle McGinn (Die Choking on Facebook) 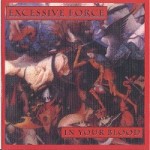 Excessive Force – In Your Blood (Blasphemour Records)
Surprisingly, not a lot of bands made it off the back of Biohazard. You’d figure with how relevant hip-hop was in the 90s (and still is today), not to mention the girth of groove metal, there’d have to be at least a handful of acts holding it down behind Biohazard, but it never really happened. One such would-be outfit would be Excessive Force, a mid-90s hardcore act who employed largely the same riff/rhythm approach as Evan Seinfeld and crew, just without wrapped vocals. In Your Blood was originally released in 1995 and now is getting the reissue treatment from the fledgling Blasphemour Records. The familiar snap and crackle of the snare is a reminder of how potent this style could be. It just needs some serious rhymes and we’re set. – David E. Gehlke (Blasphemour Records official site) 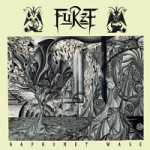 Furze – Baphomet Wade (Freshtea)
Another one of those bands who probably make Eurononymous turn over in his grave, Norway’s Furze are arguably one of the most out-there and purposely bizarre black metal bands of the modern era. The suitably twisted brain of Woe J. Reaper has turned in an album that will probably be more ostracizing than its predecessor, 2012’s Psych Minus Space Control in the form of Baphomet Wade. The riffing here is bouncy, off-the-wall, hyper, even, while J. Reaper has no issue with starting songs with a simple “Hey,” said in casual manner. It’s all double-take (or double-listen) worthy, yet, it’s hard to put this thing down. From the odd, pregnant pauses found on “R.O.D.” (not to mention the note choices) to the chorus of strange voices littered throughout the running order, it’s safe to hedge one’s bet that there is no other album in 2015 quite like Baphomet Wade. – David E. Gehlke (Furze on Facebook) 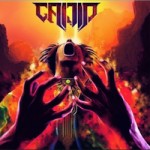 Gaijin – Gaijin (Transcending Obscurity)
Technically-driven death metal from India, Gaijin introduce themselves as a force to be reckoned with on this self-titled EP. Comprised of three tracks, the band cuts to the chase and leaves no time for filler. There’s an effective and wide array of styles apparent within the short EP, with some elements of progression, thrash, melody, and chaos within their material. They are quick to change up their assault, with frenzied riffs and stop-on-a-dime changes being the norm, but the songwriting holds things together and it never feels clinical. This is also due to Gaijin’s ability to blend in some melody in each track, despite the technical range. Worth seeking out for fans of Cryptopsy and Gorguts. – Kyle McGinn (Gaijin on Facebook)

Holocaust – Predator (Sleaszy Rider Records)
Ardent NWOBHM followers know this UK act because of Metallica’s cover of “The Small Hours” in the 1980’s. Guitarist/vocalist John Mortimer remains the lone member from those early days – and Predator is their first studio album in a dozen years. Outside of an energetic riff or two for “Shiva” and the doom-like “Expander”, most of these tracks sound like primitive demos rather than fully produced metal offerings. Such a shame too, as John’s got that eerie, spacey melodic mid-range delivery down pat. Oh well, as least we still have The Nightcomers to treasure. – Matt Coe (Holocaust on Facebook)

Imperia – Tears of Silence (Massacre Records)
Ex-Trail of Tears vocalist Helena Iren Michaelsen leads this Dutch symphonic gothic metal quartet on their fourth full-length Tears of Silence. Heavier guitars contrast against the lush keyboards, as songs such as “Broken (When the Silence Cries)” and “Spirit Chase (Keep Fighting)” have a lot of that emotional connection that penetrates Nightwish and Within Temptation followers. Getting a little folk-dance jiggy in parts on digipack bonus cut “We’ll Be Free” offers some cross-pollination audience possibilities – the 11 songs in the main serve up a mixture of gothic-oriented anthems and tender ballads, Helena’s powerhouse clean to operatic melodies the star attraction. Decent but not spectacular. – Matt Coe (Imperia official website)

Mindless Sinner – The New Messiah (Pure Steel Records)
A Swedish act first making a name for themselves in the 1980’s, now back with a second studio album 29 years after their Turn on the Power debut. Never too late to recapture youthful glory, right? Expect 10 songs holding traditional metal values on high – soaring melodies, solid tempos, catchy choruses, and guitar hooks straight out of the early NWOBHM meets Accept/Mercyful Fate mold. Christer Göransson high piercing moments rival early Helloween (“Where Worlds Collide” especially), but the band doesn’t advance much beyond 1985 in terms of riffing, feel, and old school production/ tones. The New Messiah has a decidedly 35 and above age demographic to its appeal. – Matt Coe (Mindless Sinner on Facebook) 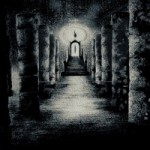 Missa Mortvm – Et Lux Perpetua Luceat Eis​.​.​. (Satanath Records)
Always cool to hear a black metal band that keeps it ‘black’ while adding atmosphere and melody. Chile’s Missa Mortvm practice occult black metal that has a distinctive Dissection flair, basking themselves in the olden, melodic days more akin to bands on the other side of the Atlantic Ocean. All five tracks have some length to them (the shortest is 6.5 minutes), but never feel bloated due to the sense of melody that the band uses to keep the listener’s attention. There’s still plenty of blasting and tremolo riffs to be heard, but Missa Mortvm is in no rush to get to the finish line and every move seems deliberate. Et Lux Perpetua Luceat Eis​.​.​. is an album that is best taken in through the melodies that take you on a journey between blasts. It’s a trip worth taking. – Kyle McGinn (Missa Mortvm on Facebook)

Rebellion – Wyrd Bith Ful Araed –The History of the Saxons (Massacre)
A historical concept album from the early Saxons days until the subjection under Frankish rule and religion, this is perfect subject matter for German true metal act Rebellion. Bassist Tomi Göttlich and vocalist Michael Seifert are the sole original members left from their origins in 2001, but the quintet soldier forward in their seventh chapter of traditional heavy/old school power tuneage, sort of comparable to Grave Digger if given a clearer, more tolerable melodic presence in the singing department. Narrative interludes weave around the 12 tracks, of which the Priest/Accept like “Sahsnotas” and contrasting clean to heavy shifts for the pulsating “Blood Court” should bring the battle hordes together for glory. Rebellion has cult appeal for the forty-something generation, but will be laughed out of the building by the young ones. – Matt Coe (Rebellion official website)

The Crawling – In Light of Dark Days (Grindscene Records)
Northern Irish trio The Crawling dig deep into the doom/death well for this debut three song EP In Light of Dark Days. Early Entombed, My Dying Bride, Paradise Lost and a pinch of Katatonia comes into play for the thick riff rumbling meets turn on a dime tranquil passage of “The Right to Crawl”( love the dual growl/blackened scream approach). Sparseness sets the tone for “End of the Rope”, while the 8 minute plus closer “Catatonic” contains echoing chords that almost chime and creep sideways during the verses as the vocals growl beneath the surface. A great 20 minute look at an act that could develop into something special considering their under two year tenure together – they have the right attitude, songwriting, and environment to channel the best doom/death tracks. – Matt Coe (The Crawling on Facebook) 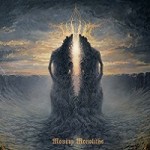 Wilt – Moving Monoliths (Bindrune Recordings)
The fact that Wilt are a Canadian atmospheric black metal band almost instantly suggests there’s something of substance here. On Moving Monoliths (the band’s second proper full-length), the Canucks hedge most of their bets on the sorrowful and/or mournful side of black metal, where upon elongated song structures find the band weaving in doom (“Illusion of Hope” is perhaps the best example of this) and strident bouts of mesmeric riffing, as so heard on “The Elder.” In all, Moving Monoliths is every bit the large-scale, full-volume (as in size) atmospheric jaunt it appears to be. Chalk another one up for Canada. – David E. Gehlke (Wilt on Facebook) 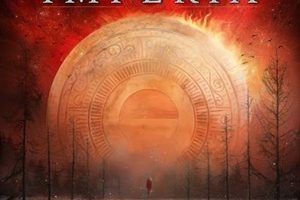