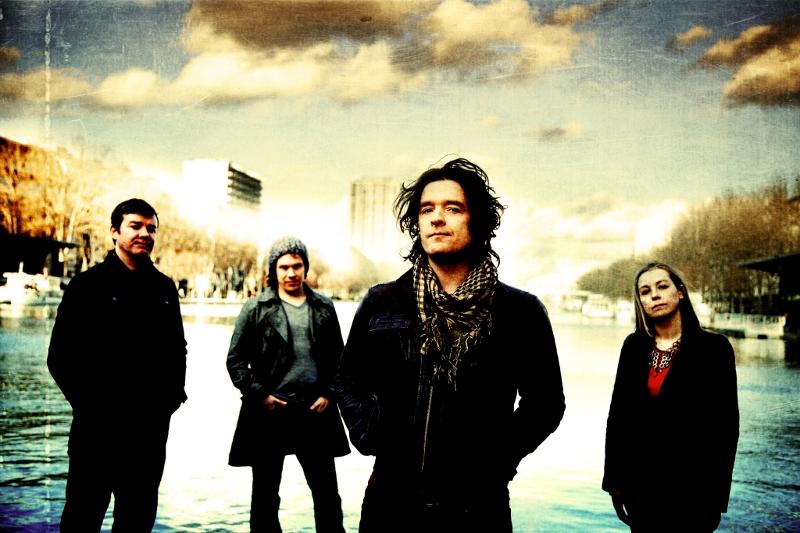 Roughly halfway through Anathema’s set, a crowd-goer shouted “Play whatever you want!” This, after a large sign was hoisted with the suggestion the band play one of their older, metal-inclined songs. (DR couldn’t read the sign from his vantage point.) The shout elicited an energetic response from guitarist Danny Cavanaugh, who would go on to say, “That’s the best thing anyone has shouted at us the entire tour. Plus, we’re going to play what’s on the setlist anyway.” You should have seen the look on his face a few minutes beforehand when greeted with the sign…

Such is one of the many obstacles facing Anathema on their first full North American tour, one that has them bringing along French dreamers Alcest and the Aaron Turner (ex-Isis) guided Mamiffer. As it’s widely-known, the band’s metal days are long behind them – we’re talking ’97 or ’98 here – so any hope of “Sleepless,” “Sunset of Age” or “We, the Gods” getting some airtime were a pipedream. In the now, the Anathema is a post-rock act, and a formidable one when taking into account the musical/vocal prowess of the Brothers Cavanaugh and female singer Lee Douglas. Even with their regular rhythm section (drummer John Douglas and bassist Jamie Cavanaugh) at home in Britain, the harmonious jostle of “Untouchable Part I and Part II” was stirring, virtually made for arena rock, but performed with passion in front of the steamy throng at Peabody’s. (The venue left the air off…it was a sweatbox.)

The sweet sounds of “Thin Air” were emphasized by Vinny Cavanaugh’s rock star moves (he has quite the interesting hairdo) and Douglas’s airy harmonies, while “Lightning Song” and “A Natural Disaster” cast the lovely Douglas in her own light. She’s gone from sidewoman to full-fledged member for good reason, after all. Only “Deep” and “Fragile Dreams” resembled the band’s quasi-metallic underbelly, yet there’s no mistaking it – Anathema aren’t about to go turncoat and head back to The Silent Enigma days. They have too good a thing going for that.

On their last tour in support of 2012’s unbeatable Les Voyages De L’Ame, concerns exist that Alcest will be heading the indie rock route for their forthcoming Shelter album, which is due in early 2014. Those concerns were confirmed when new song “Opale” was aired, full of radio guitar jangle and poppy melodies. It still sounds like Alcest, but you get the sense the band is about to embark on what could be a controversial sound change. The set leaned heavily upon Les Voyages, so brilliant and lush numbers like “Autre Temps,” “La ou Naissant les Couleurs Nouvelles,” “Beings of Light” and “Summer’s Glory” were received in rapt, as mainman Niege strolled casually around the stage, occasionally peering into the crowd for a response, which he got, of course. A new (quite awesome) song closed the set, “Deliverance”, setting up what should be one of next year’s most anticipated releases.

Opening the show was Mamiffer, the new project of former Isis mainman Aaron Turner and partner Faith Coloccia. As attendees started to grapple with the venue’s humidity, the pair’s electronic/drone sound was probably too casual for the live setting, even in this context. Will have to see how the band fares on record.