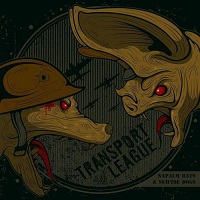 A relatively quick turnaround for Transport League, who after a ten-year layoff, returned in 2013 with Boogie from Hell. The Swedish rock-on-metal crew have always been a bit of a working-class, no frills entity, something routinely displayed across a discography that goes all the way back to 1995 with Stallion Showcase. Hard to believe that was 20 (!) years ago. But to that point, Transport League have always done the dirty, sung about it, and played like it, which makes Napalm Bats and Suicide Dogs yet another notch in what is a pretty dinged-up belt.

Hard not to rock to the main riff of opener “Hallelujah Vampire,” which has all the swagger of a barroom brawler looking for a fight, which is sort of how the song feels. Singer Tony Jeloncovich can still spit game like no other in the Swedish hard(er) rock realm, which is why cuts like “New Bomb War,” “Pussy Law” and the excellent “The Goddess and the Mad Men” feel as tight and snug as a $5 pair of jeans. (Word to the wise: Don’t buy jeans that cheap. It’s like they’ll rip.)

As un-taut, loose, and gritty as these cuts are (there’s 12 in the bunch, none of which wear ya down), Napalm Bats and Suicide Dogs just keeps ‘em coming, whether it’s straight-up rockers, or the tunes that slowly creep into more metallic territory. It’s not much of a dicey line with Transport League; they’ve been straddling it on and off for over two decades now. You’d think the Swedes would have the hang of it by now. Judging by this album, yeah, they most certainly do. 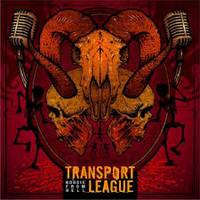