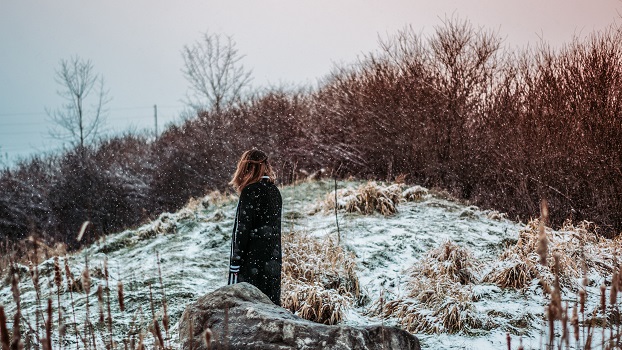 The fall release season is at our door once again, and as it can be expected, there’s a ton of new releases hitting our inbox for the fall. Tours seem to be lining up as well, hopefully new COVID variants won’t ruin what should be a solid metal party for the tail-end of 2021. This month we cover All Life Dies, Attick Demons, Deformatory, Dirkschneider & The Old Gang, Diskord, Gost, Rebel Priest, Sodom, Transport League, and Unreqvited (pictured above). 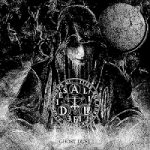 All Life Dies – Ghost Dust (Self-Released)
The continuation of the Texas melodic death metal band Fall, Ghost Dust is a 3-song intoduction to All Life Dies’ direction and tone.  Expect some melodic death metal here, but something that feels more Opeth-like than say, Soilwork.  A slurry of blast beats, progressive melodies, acoustic guitars, harsh/clean vocal interplay, and some decided heaviness to accompany it all.  It’s a tried and true blend, but All Life Dies really makes it work and the passion in these three tracks should be more than enough to get them off the ground and running. Worth a gander if you dig melodic death on either the melodic or heavier end. – Katarina McGinn (All Life Dies on Facebook) 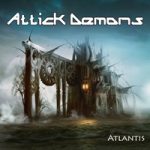 Attick Demons – Atlantis 10th Anniversary Edition (Rock of Angels Records)
Reissuing the debut album from Portugal’s Attick Demons, Atlantis as the 10th anniversary edition contains a bonus download element with five acoustic versions of these original tracks beyond the normal ten-song outing. Expect high energy twin guitar work, killer rhythm section support, and main vocals from Artur Almedia that soars with Kiske/Dickinson flair. European power affairs like “Back in Time” and “In Memoriam” align to the heart of the genre, while “Sacrifice” touches in slower, epic reflection, the lower register vocals and piano strains in the opening sequence showcasing the dynamic scope of the group. Add in special guests like Paul Di’Anno and Ross the Boss and you’ll have a magnificent understanding that power/heavy metal will never die, especially for those who love Maiden-esque affairs such as this. – Matt Coe (Attick Demons on Facebook)

Deformatory – Inversion of the Unseen Horizon (Self-Released)
In the tradition of the most brutal and oppressive acts, such as Hate Eternal, Deformatory continues to bludgeon on their third full-length (and first since 2016’s Malediction).  Inversion of the Unseen Horizon is nothing if not a full-on assault from beginning to end, for better or worse (depending on your perspective).  But for those seeking the most brutal and battery ram-like extremity, Deformatory checks off all of the boxes that you’d like it to: strong musicianship and soloing, intense riffs and vocals, and just enough melody to keep it from going completely unhinged. – Katarina McGinn (Deformatory on Facebook) 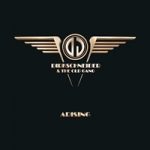 Dirkschneider & The Old Gang – Arising (AFM Records)
Aligning past musicians from his time in Accept and U.D.O. along with his son Sven on drums and another singer Manuela Bibert, Dirkschneider & The Old Gang releases a three-song EP for Arising. Reuniting Peter Baltes and Stefan Kaufmann with guitarist Mathias Dieth, you can expect tracks full of Teutonic swagger, big/layered choruses and headbanging riffs the main course. “Face of a Stranger” containing all three vocalists (Peter, Udo, and Manuela) trading off the verses, a mid-tempo stomper – “Every Heart Is Burning” allowing Mathias to spit out some sinister licks and twin up with Stefan during the key harmony axe moments. Acoustic guitars and keyboard strains aid the power ballad closer “Where the Angels Fly”, Udo unmistakable in his gritty lower register the perfect contrast for Manuela’s infectious clean melodies. Legendary musicians, quality output again. -Matt Coe (U.D.O. official website)

Diskord – Degenerations (Transcending Obscurity)
Landing squarely into the old Relapse slogan of “music to mangle your mind,” Diskord continue forward with some of the most unhinged and frantic death metal you can imagine.  Dissonant, technical, progressive, jazzy, and extreme are all valid ways of describing the journey you will take across Degenerations, and it’s not for the faint of heart.  Expect frenzied twists and unpredictable turns as the band tosses everything they have at the listener.  Though it’s a chaotic ball of fury, it is careful to never take it quite ‘too far,’ effectively balancing the line between order and disorder in a way that extremists will likely dig with enthusiasm. – Katarina McGinn (Diskord on Facebook) 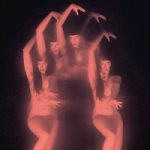 Gost – Rites of Love and Reverence (Century Media)
One of the pioneers of the now expansive synthwave genre, Gost finds some fresh room for continued evolution with Rites of Love and Reverence.  Embracing a dark gothic and industrial edge to the Gost sound gives it a different feel than previous works, but the electronics underneath still find a way to merge things into a metallic edge (see “Bound by the Horror”).  Incredibly catchy, but quite moody, dark, and pulsating with atmosphere.  Always nice to see frequent growth from some acts that could easily just pop out a formula and continue along.  Gost continue to prove themselves as a musical innovator.  – Katarina McGinn (Gost on Facebook) 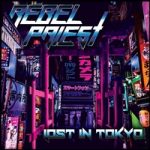 Rebel Priest – Lost in Tokyo (Batcave Records)
Vancouver, Canada is where this power trio Rebel Priest resides – their latest release Lost in Tokyo a primal example of in your face, dirty hard rock with metal inflections. The title track conveys the true story of drummer Nate Pole and a Rebel Priest roadie wandering the streets and sights of downtown Tokyo with no translator, plenty of alcohol consumption, and wondering how they made it back to the hotel safely. The four song EP has plenty of gang-like choruses, raw/bluesy-infused guitar play, thick bass foundation and solid drum chops that make you think of Motörhead, Rose Tattoo, and others of that ilk. Favorites include the mid-tempo stomper “Vulgar Romance” and the Slash Puppet cover “When the Whip Comes Down”. Don the denim, grab a six-pack, and turn this up to ten. – Matt Coe (Rebel Priest on Facebook) 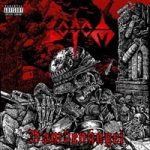 Sodom – Bombenhagel (Steamhammer/SPV)
No rest for the wicked here – originally planned as a festival EP offering, the pandemic shut off all ventures for last year (and most of 2021 to date). German thrashers Sodom felt the need to release another three-song outing which includes a re-recording of the Persecution Mania classic as the title cut, adding two new songs to make it more appetizing for the faithful (and collectors). You can expect more crazed leads and a punchy, up to date production for “Bombenhagel”, while “Coup De Grace” is a speedier, energetic quick hitter and “Pestiferous Posse” aligns well to a militant tank armed with rhythms, bass, drumming, and Tom Angelripper’s omnipresent gritty vocals hammering all the key hooks home. The veterans still deliver. – Matt Coe (Sodom official website) 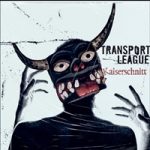 Transport League – Kaiserschnitt (Mighty Music)
Staples of the European groove/doom/sludge metal scene, Transport League have been slugging along since 1994 – briefly taking a break in the mid 2000’s but up to the task at hand on their ninth studio platter Kaiserschnitt. Intertwining Prong-like ferocity for “Criminal Energy”, the larger-than-life heavy Corrosion of Conformity main riff swings during “March, Kiss, Die” plus lower chugging bass/guitar driving “Unburden Woes” prove these gentlemen still have the requisite power, command, and presence to execute memorable tracks this deep into their career. Add in guitarist Tony Jelencovich’s caustic bark / smooth clean vocal switch-ups and you’ll understand how they’ve become important mainstays on touring/festival jaunts in the heavy music scene. Sticking to the cause and winning over followers, Transport League seem content to give their fans what they desire record after record. -Matt Coe (Transport League on Facebook) 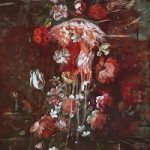 Unreqvited – Beautiful Ghosts (Prophecy Productions)
The one-man act of Unreqvited continues to impress, with an evolution that moves further from (post) black and further into shoegaze and post-rock territory.  An album that is full of goosebump-inducing melodies that feel triumphant yet a tad gloomy in just the right proportions.  The only vocals are some wordless shrieks (just about the only black metal tether left outside of some blastbeats) and some increased cleans (also wordless).  But it’s all about the expression and emotion of each song, and to that end, Beautiful Ghosts is a fine example of the cliched but true phrase, ‘beauty in darkness.’  A potent album that should leave a long-lasting impact on the emotions. – Katarina McGinn (Unreqvited on Facebook)