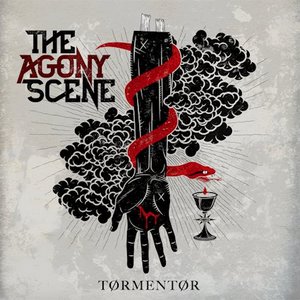 2018 has been quite the year for returns from some of the more underrated acts of the 2000s. We just had Bleeding Through and Light this City return 2 months ago, and now The Agony Scene is back to make another mark with their first album since 2007’s Get Damned. The output is just as seething as one would hope for, and actually goes further for the throat than any of their previous releases.

While many may be familiar with the act for The Darkest Red (an album that was admittedly much more in line with the mid-2000s time of its release, with clean vocals readily in the mix), the follow up Get Damned was nothing less than a barnburner. Frantic, aggressive, and thrashy until the end, Get Damned saw the band step away from the ‘core sound and lean into something more in line with say, At the Gates with a punk flavor. Tormentor continues in this same splendid direction and feels like a logical follow up, albeit over a decade later. The band has lost none of their aggression and scathing tone, from the rapid-fire riffing to vocalist Mike Williams tortured screams (something that always carried a rather caustic tone) to the frantic drum blasts, everything appears in top-notch form. There’s a bit of punk flavor blended into the mix (as was the case with Get Damned), which only adds to the frenetic and frequently chaotic tone of the album. But all carnage and no hooks makes for an ultimately boring release in many circles, and The Agony Scene have done a great job of incorporating many little tidbits to grasp onto to. From the eerie, black metal-esque riffing that appears in tracks like “Like the Weeds in the Field” and “Mouthpiece” to urgent, wall-of-sound crushers like “The Submissive” and the title track, they find a way to make things memorable amid the spiraling madness with volleying grooves and erupting speed runs. It’s a gripping mixture that’s never less than compelling.

Utterly explosive and primal in tone, Tormentor sees The Agony Scene triumphantly return in their strongest form to date. A prime example of a band staying true to their particular soundscape while successfully advancing the formula to stick to the times. Perhaps they will get their due this time around.