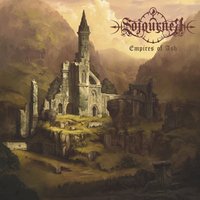 Folk inspired melodic black metal is a genre that at this point has been fairly well explored. Like any sub-genre there is still plenty of room for more bands to add something interesting and genuinely heartfelt. Sojourner wear this style with pride and exude its virtues throughout their first full length, Empires of Ash.

Sojourner take a melodic and almost renaissance based flair for their brand of epic black metal. Utilizing guitar passages that bring to mind later (and criminally underrated) era Nokturnal Mortum, Sojourner integrate various instrumentation such as tin whistle, flute, piano and an array of synth work to evoke a heroic and defiant atmosphere that would sit proudly alongside James Horner’s Braveheart sound track (if it were more metal of course). Songs range from six to twelve minutes but are composed well enough that you forget about the length and get lost in what Sojourner are creating with Empires of Ash and just enjoy the ride. There is enough tension created with the guitar melodies/folk instruments and harsh blackened style vocals to give just the proper amount of color and contrast to not let the music fall into overly saccharine pomp, which could have easily happened if not handled so well.

My only hang up with Empires of Ash is with some of the female vocals parts. Though technically well executed, they alter the atmosphere of Empires toward a more contemporary almost Evanescence-ish tone in places. On tracks like the excellent “Heritage of a natural realm” the female vocals provide a subtle layer which elevates the song, but when used almost exclusively without the contrasting heaviness on ballad “The Pale Host”, seem a bit less interesting.

Though sometimes formulaic, it’s evident Sojourner has really put it all into Empires of Ash and it’s paid off in dividends. This may appear again on my year end list. Well done. 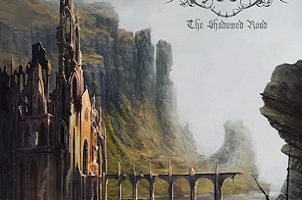