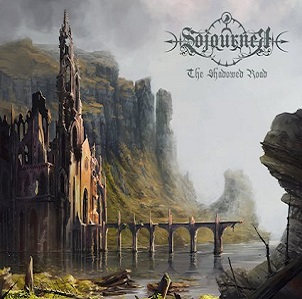 Having Øystein Garnes Brun (Borknagar) and Dan Swanö (Edge of Sanity, Bloodbath) respectively mix and master your album doesn’t necessarily ensure greatness, but, if you’re going to put two dudes like this in the credits, the tunes had better damn deliver. In the case of international atmospheric black metal troupe Sojourner, they do. The follow-up to 2016’s Empires of Ash, The Shadowed Road is hereto a decidedly rich and expansive blast of melody and atmosphere, un-tied to geography, bowing to the oftentimes scenic tapestry of pagan black metal, which makes sense if we’re going to harp upon who did what: It was Brun who helped pave the way in Bork.

There are quite a few twin guitar harmonies at play, perhaps more than what you’d traditionally find on an album of this fare. In turn, they settle these songs; give them their lushness, if you will, a happening that strikes hard on opener “Winter’s Slumber” and “Ode to the Sovereign.” As the songs often crest with female vocal accompaniment (“An Oath Sworn in Sorrow”), they also build grand, if not somber designs (“Where Lost Hope Lies”), even straddling a rather defiant doom path that matches folk instrumentation, most notably, the ever-vaunted tin whistle.

Ultimately, this is atmospheric black metal at its most splendor-riffic (not a word, but you get the idea), Sojourner slotted appropriately on the right label (Avantgarde) with the right array of traditional strokes and compositional might. Through it all, you don’t feel like you’re on a wayward stroll through the forest, but, on a triumphant journey of purpose and glory. Sojourner has put on quite a convincing, passionate display with The Shadowed Road. 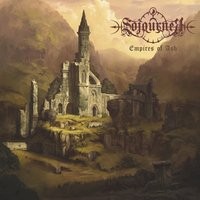