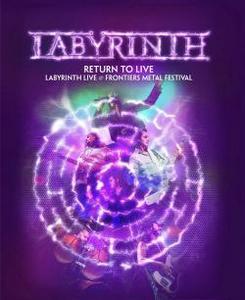 In the late 1990’s, European power metal made a quick impact on a scene ready for something fresh. Labyrinth would be one of those groups putting Italy on the map along with Rhapsody, especially due to the potent hooks featuring airy 80’s dance keyboard aspects and stellar songwriting for their second album Return to Heaven Denied. This live Blu-ray performance captured in Milan at the Live club during 2016 features the entire album front to back, along with a couple of treasures from the precursor and follow up to fill out the concert proceedings.

The camera action moves along at a comfortable clip – often featuring overhead viewpoints or dual/triple split screen segments to deliver a feast not only for the ears but also the eyes. Stage quips from singer Roberto Tiranti take place in his native Italian tongue, and yet his majestic, comforting melodies and ease of multi-octave ascension for “Moonlight” and “The Night of Dreams” proves that his pipes haven’t lost any charming qualities decades after first recording this material. Keyboardist Oleg Smiroff delivers a fluid piano solo before album highlight “Lady Lost in Time” – sparking unison audience chorus sing-a-longs before even the main vocals kick in. Olaf Thörsen and Andrea Cantarelli shine in complementary axe fashion – knowing when to team up and play off of each other to fill that power/progressive metal landscape as the best duos in the business need to for this material to be convincing. Those who live for the speedier side, “Thunder” always elevates momentum – while their Cenith X instrumental cover of “Feel (Legend B Remix)” illustrates the techno/dance side that gained the band appreciation and unique attention as well.

Concluding with “Chapter 1” from Sons of Thunder and “In the Shade” off No Limits, what’s most enjoyable about Labyrinth from a live perspective is the fact that the sextet aims to deliver a stunning live performance without going through the motions and replicating the studio work note for note. Return to Live showcases the potent timelessness of this music, resonating just as well in 2018 as it did twenty years previous upon its initial appearance to the scene. 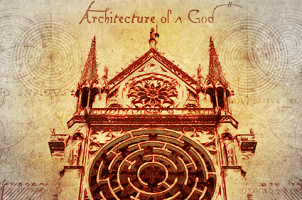