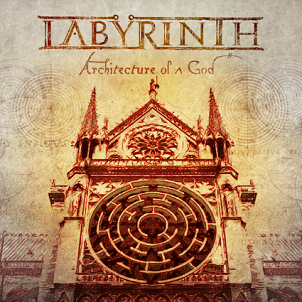 It used to be difficult not to mention Labyrinth without Rhapsody of Fire. At the dawn of the new century, the two represented the cream of the crop in terms of Italian power metal, which by then, was still in its embryonic stages. Rhapsody of Fire was mostly flair and pomp; Labyrinth was heavier. That distinction remained well in play as Labyrinth experimented with their sound via their 2003 self-titled album and 2005’s derided Freeman, two efforts that sent the band into a tailspin. After some lineup upheavals and two half-baked studio albums (the last being 2010’s Return to Heaven Denied Pt. II – “A Midnight Autumn’s Dream”), Labyrinth appears to have gotten their act together with Architecture of a God.

The noticeable AOR/soft rock angle here may simply be of coincidence given the band’s deal with Frontiers, but it operates as the regular yang to the band’s power metal ying. Indeed “power metal lite” cuts like “Still Alive,” the title track and “We Belong to Yesterday” are easy listening fare primarily because of Roberto Tiranti’s vocals. Tiranti doesn’t have a brash or offensive bone in his (vocal) body, so he’s quite impassioned on the ballad “Those Days” and the speedy “Take On My Legacy,” which not surprisingly, is the album’s best.

After albums like 2003’s self-titled and Freeman, the idea of Labyrinth doing something as palatable for the AOR and power metal crowd seemed unlikely. But it’s all here on Architecture of a God, an album that is indicative of a band who is ready to atone for the mistakes they’ve made. And with Rhapsody of Fire now in a state of flux, perhaps Labyrinth can play some catch-up. 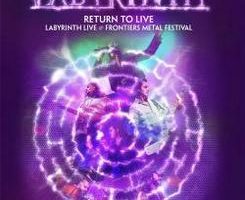