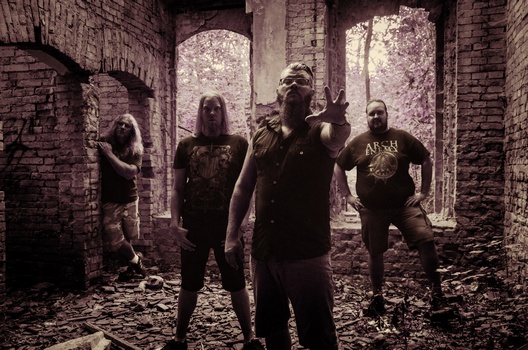 A new year and a fresh start as always, we at Dead Rhetoric look forward to what 2021 will deliver us in terms of new metal music to enjoy. The bar has been set quite high, but we’re sure this year will deliver the goods. Our first batch of rapid fire reviews for this year include Arawn (pictured above), Bornwithhair, Curse of Eibon, Devotion, Escarion, Finis Mentis, Generation Steel, Hivemind, Holy Mother, Labyrinth, Rise of Surya, Tantivy. 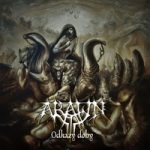 Arawn – Odkazy doby (Slovak Metal Army)
Channeling a bit of old school Dark Tranquillity in terms of the elegance of the melodies (think The Gallery or The Mind’s I) and toss some more furious melodeath aggression (In Thy Dreams, Mors Principium Est), and you’ve got a good handle on what Arawn are offering. A nice, thrashy coating tends to make the tracks shine a bit brighter. It’s nothing you haven’t heard before, but you have to love the amount of energy that the band consistently generates. Worth a look if you are passionate about the genre. – Kyle McGinn (Arawn on Facebook) 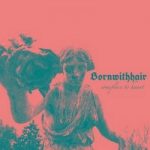 Bornwithhair – Someplace to Haunt (Self-Released)
Definitely an album that revels in the avante-garde, Bornwithhair have a sound that’s all to their own. There’s a lot to really take in, from the progressive melodies to the elements of fuzzy psychedelia to hints of extremity (notably with some of the vocals). It will likely take some digesting to really get what the band is up to with their style, but it’s also a solid investment. Eerie, trippy, complex – all intriguing aspects of a sound that’s better off being heard than simply described. For those seeking something off-kiler and interesting. – Kyle McGinn (Bornwithhair on Facebook) 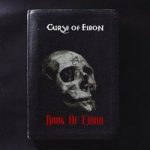 Curse of Eibon – Book of Eibon (Self-Released)
Melodic death metal with an emphasis on the ‘death’ side of the equation, Curse of Eibon knows how to rumble along while keeping it memorable. They tend to prefer a more mid-tempo approach, occasionally bolstered by some atmospheric moments or synth enhancements. But the riff-work is what keeps the band afloat, with heavy and triumphant sounding stuff hitting the marks (think Amon Amarth at times). It doesn’t really do much to stand out, but it certainly fills the void for anyone seeking some aggressive sounding melodeath. – Kyle McGinn (Curse of Eibon on Facebook) 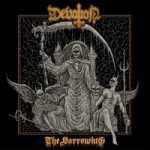 Devotion – The Harrowing (Memento Mori)
Spain’s Devotion brings nothing but death with their latest in The Harrowing. There’s a retro streak to be had, but that doesn’t stop the band from utilizing some other elements as well, such as some atmospheric keyboards and blackened injections from time to time. Something that might give the band some added appeal when compared to your latest SweDeath clone. As gritty and grotesque as an album like this needs to be, but with an eerie atmospheric side that gives it an extra level of polish to enjoy. – Kyle McGinn (Devotion on Facebook) 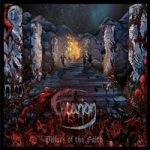 Escarion – Pillars of the Faith (Self-Released)
Basing their record on the seven deadly sins, Australian-based Escarion develop a potent, modern death metal sound for their debut album Pillars of the Faith. Vicious tremolo action, fierce screams and growls, along with a rhythm section that can groove and blast in various measures as need be, many will find a mix of 90’s Death, Behemoth, and Trivium in highlights such as the progressive-oriented “Envy” plus blackened, atmospheric eight-minute plus rollercoaster “Pride”. Guitarist Johnny Arhondis possesses a raspy roar coupled with a sadistic, discernible growl that mirrors his death / black heroes – and along with fellow guitarist Tommy Lewko unleashes some sick shred runs against the rhythm churn. Progressive without being overly tech blitz-oriented, Escarion will gain a following for those who miss records like Spiritual Healing along with a healthy dose of Trivium and Arch Enemy along the way. – Matt Coe (Escarion on Facebook) 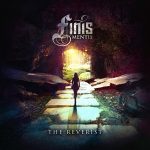 Finis Mentis – The Reverist (Self-Released)
A symphonic melodic death metal band from Finland, this new act does a bit of swinging between the symphonic and death metal sides of the fence. It seems like the death side suits them a bit better, with some driving tempos and strong melodies leading the charge. The more symphonic side tends to bog things down, with vocalist Katri Snellman (who has since left the band) falling a little flat at times and the music taking a turn for the derivative (see the more gentle moments of “Memento Mori”). Putting some more power into this end, or a greater emphasis on the heavier aspects of their sound would do them well in the long run. – Kyle McGinn (Finis Mentis official website) 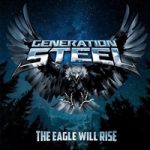 Generation Steel – The Eagle Will Rise (Pure Steel Records)
A German act forming in 2019, Generation Steel embraces the traditional European influences of the 70’s/80’s on The Eagle Will Rise. Mid-tempo anthems full of easy on the brain choruses, catchy riffs, and metal to the bone tempos penetrate along with a vocalist that has Steve Grimmett/Grim Reaper tendencies. Accept, Grave Digger, and Judas Priest are three prominent influences as you headbang to “Invoke the Machine”, the Breaker-esque “Warbringer” or bright twin-guitar harmony fulfilling “Soulmates”. Thirteen songs may have been a bit too adventurous to deliver at higher quality on this first go around – but for those who just love heads down heavy metal, there’s plenty to scream along to, wave those fists, and cajole your fondest youthful memories as these tracks roll on by. – Matt Coe (Generation Steel official website) 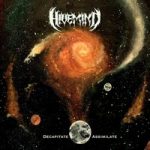 Hivemind – Decapitate, Assimilate (Self-Released)
A short, 3-song scorcher of technical death metal is what you get with Hivemind’s first offering. Decapitate, Assimilate frequents some blazing speed, with plenty of instrumentation that will dazzle any listeners. Its effectively incorporated into the songs without being off-putting if you just want something utterly frantic, but those who want to dig deep into it certainly can. It’s an impressive debut, being able to channel all of the bells & whistles without losing that visceral edge. A band to keep your eyes and ears on. – Kyle McGinn (Hivemind on Facebook) 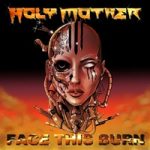 Holy Mother – Face This Burn (Massacre Records)
Reuniting after eighteen years apart, Holy Mother delivers Face This Burn – blistering the aural landscape with ten tracks of hard-driving heavy metal with modern/alternative inflections. Between Mike Tirelli’s soaring vocal range, primal guitar/bass play out of Greg Giordano, and thunderous drumming from James Harris, listeners can expect a mixture of Judas Priest/Dio-oriented material (the title track and “The River”) as well as more modern influences like Nickelback, Shinedown or Soundgarden for “No Death Reborn” and “Mesmerized by Hate”. Versatility and variety ensure no ear fatigue – it’s ideal for those who love hooks and melodies but may confuse others who prefer the pure attack of some tracks versus the radio-oriented angles that crop up in others. Toxic Rain remains my favorite record in their catalog. – Matt Coe (Holy Mother on Facebook) 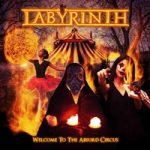 Labyrinth – Welcome to the Absurd Circus (Frontiers Music)
Establishing themselves as a premiere European power/progressive metal unit through 1998’s Return to Heaven Denied, Labyrinth still shine bright decades later with this ninth studio album Welcome to the Absurd Circus. Between the exemplary musicianship and thunderous interplay (check out the bass, guitar, keyboard, and drum shifts for the speedier “Live Today”) and the tremendous soft to eagle soaring melodies of Roberto Tiranti, these eleven songs bristle in dynamic glory. Highlights include the more mid-tempo “One Last More Chance” with its shimmering commercial chorus and lush keyboard/guitar accompaniment, the guitar harmony, Helloween-like fueled “Den of Snakes” (love the social media/ technology narrative element midway through) and the cyber/techno nuances to the spacious, driving “Sleepwalker”. The sextet aims for memorable, timeless power/progressive metal tracks and hit the mark again. – Matt Coe (Labyrinth on Facebook) 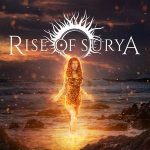 Rise of Surya – Rise of Surya (Self-Released)
“Proggy for the bros, poppy for the hoes” – thus states the amusing Bandcamp description for Rise of Surya. But what it doesn’t tell you is how much diversity actually lies below the surface. Rise of Surya pulls from all over the metal map with their modern take on the genre. Proggy riffs, deathcore rumbles, soaring clean vocal choruses, snarling grooves – there’s much to take in. It’s never jarring thankfully, and the band provides an enjoyable experience, though one kind of hopes the more commercial/melodic side of the act would give way for more of those punishing moments to slip through more frequently. – Kyle McGinn (Rise of Surya on Facebook) 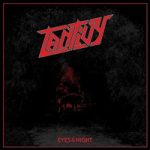 Tantivy – Eyes in the Night (Self-Released)
An archaic word for a rapid gallop or ride, Tantivy are a Wisconsin duo that ride the raw, traditional metal/semi-thrash line for their debut EP Eyes in the Night. Featuring crushing riffs, a boatload of energy, and rough, piercing vocal presence, songs like “Daggers”, the speed burner “I Am the Wolf” and “Houndin Ya” contain the passion and catchy licks, hooks and melodies that go down a force with followers of Motörhead, Judas Priest, High Spirits, early Metallica and a bit of Toxic Holocaust. The lead breaks from Adam Geurink explode through the speakers, his voice containing an evil grit, while drummer Jon Zimick hits the skins, cymbals, and kick drums as if fighting for his life – punk-infused with metal principles. 19 minutes that this scribe will be putting on incessant repeat as this is another American example of bringing past influences to the present. – Matt Coe (Tantivy on Facebook)