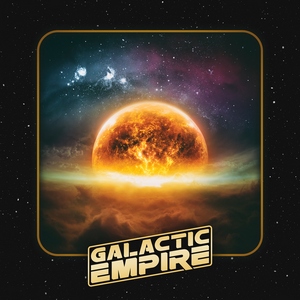 It’s safe to say that the metal world and the nerd world aren’t as disconnected as some outside the genre seem to think. The fact that it’s taken this long to get a full-blown Star Wars metal cover band is honestly a bit surprising. But as one listens to Galactic Empire, as a fan of metal or Star Wars, you’ll get a rush out of it.

While some may be inclined to start tossing “gimmick” around, as the band not only covers Star Wars but dresses up as characters (villains of course, given the name) but Galactic Empire does come across as the genuine article. They chose a solid selection of cuts, representing both trilogies, and the translation from orchestral score to metallic cover is quite well done. The guitar does much of the melodic lifting here, and the melodies are translated into fitting leads when you hear timeless cuts like “The Imperial March” or “Cantina Band.” But this isn’t a lone wolf doing covers on YouTube, and the thunderous drums and weighty bass add to a more cinematic feel. Nuances like the choir of “Duel of the Fates” give it the same dramatic scope as its film score companion. The harder edge to the songs gives them some leverage for those who may not know every single song from the movie series, and their dedication to the originals is sure to please die-hard Star Wars fans who may not usually gravitate towards metal.

While maximum enjoyment is going to indeed go to the Star Wars fanatics amongst us, even those who enjoy a solid instrumental metal release will find some favor in Galactic Empire. Nothing quite like hearing those classic tunes given a more metallic feeling to them, especially when given proper reverence and enthusiasm to the original source material. 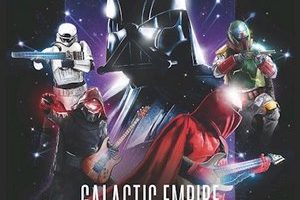