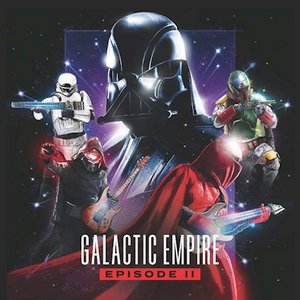 With the ever-expanding wealth of Star Wars material behind them, it’s not surprising that the dark side of the force has quickly returned to Galactic Empire for a second round of heavy metal takes on the much-revered movie series. But where the first album focused on the first two trilogies (many of which were ‘classic’ themes/songs), this time the band has expanded things even to the latest films in the franchise.

Those who had enjoyed the first batch of tracks from Galactic Empire are bound to enjoy this second helping with equal endearment. But what truly separates it from last year’s debut is the amount of darkness presence. It still maintains its oath and reverence to the source material, but some of the songs have been turned into something far heavier and darker than what may be expected. Blastbeats and throttling drums are par for the course, with bleak tones emanating from the guitars and bass to create a sinister vibe that metal fans will be thrilled by (particularly “Kylo Ren Arrives at the Battle” and “The Droid Invasion and the Appearance of Darth Maul”). But heaviness is applied tastefully, and never at the expense of the original score, as “Rey’s Theme” and “The Battle of Yavin” also prove in their powerful, yet grounded alterations. If one track seems tailormade to Galactic Empire’s approach, it has to be “The Emperor,” where the band seems to have channeled all of their dark side energy into a song that feels ominous and dreadful in ways that perhaps John Williams may not have imagined.

Episode II is yet another solid batch of Star Wars tunes from Galactic Empire. It’s great to see that they have found a way to channel a darker essence into the songs without losing what made them special to begin with. With Star Wars expanding at an exponential rate lately, it should give the band plenty of fodder in which to conquer the musical empire as well. 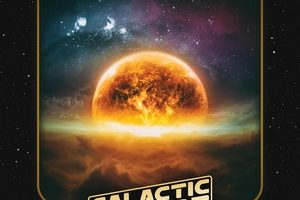