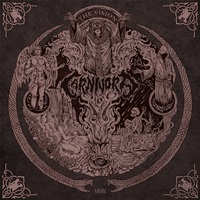 These are bountiful times for the local heavy metal scene across New England – and acts like Danvers, Massachusetts’ Carnivora are responsible for the resurgence over the past few years. The five piece have arisen impressively since their 2011 inception through a blistering live attack and their debut album Eternal from 2013, performing at loads of local clubs as well as opening for acts like Behemoth, Overkill, Morbid Angel, and Job for a Cowboy among others.

Their latest 4 song EP The Vision takes their modern thrash/death/groove metal template into slightly more focused horizons. Guitarists Cody Michaud and Mike Meehan lay down a crushing bevy of chord progressions while teaming up for occasional quick hitting harmonic bliss in a melodic death manner for “A Vision in Red” (think Whoracle period In Flames), while bassist Cam Hunt and drummer Dan DeLucia fluctuate between solid power groove tempos and fills/time changes that are worthy of say classic King Diamond or Lamb of God meets Morbid Angel. The first video/single “Serpent’s Tongue” opens in restrained fashion before the thrash oriented verses and more mid-tempo chorus kicks in – vocalist M. Scott Lentine bursting his larynx to the max in multi-faceted growl to scream mannerisms.

What is most noticeable throughout for this new Carnivora EP is the levels of musicianship, diversity, and dynamics that have been taken into consideration – the leads, the transitions, and the thick production values rival what you would expect from the larger, signed bands in the modern thrash/death scene. Whether it be the symphonic strains that conclude certain tracks, the emphasize of solid double bass/groove hits to compliment the frantic riffs, or M. Scott’s desire to hone in on the right lyric/phrase – ‘I’ve become a slave to the razor’ in my personal favorite (and future pit healthy) “Razors & Rust” – the lads clearly wish to take their music to larger audiences while not forsaking their street level musicianship and attitude that built things up in the first place.

Beyond that, the cover art could be a piece that consumers stare at for weeks on end (and teens adorn on t-shirts to scare the general public/parents). The Vision is impressive enough to please Carnivora’s growing legions, and gain a treasure trove of newcomers. 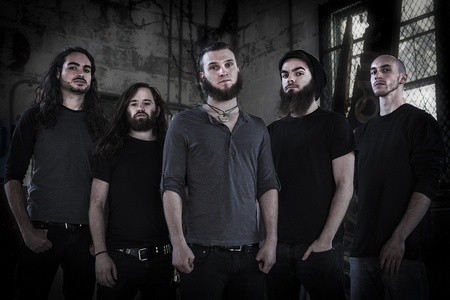