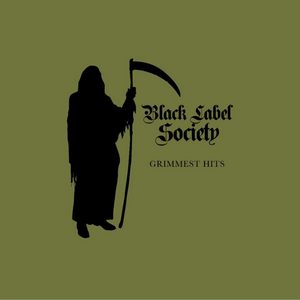 You’d be forgiven for thinking that Grimmest Hits was a riffing off of ‘greatest hits’ and merely a collection of BLS’ strongest cuts. After all, Black Label Society has released 9 previous albums and it’s been 4 years since Catacombs of the Black Vatican was unleashed. With a larger band like this, it’s among the realm of possibilities. But that’s not the case here, with Grimmest Hits being the band’s tenth studio effort and continuing Zakk Wylde’s legacy.

As expected, Grimmest Hits merely acts as a fresh vehicle for Wylde’s strong suits. No point in changing the game this far into his career, but don’t consider it anything remotely close to a phone-in release either. Heavy, southern Sabbath-y grooves are still a dominant force throughout the album, lifting cuts like “Trampled Down Below” and “Illusions of Peace” into potential live favorites for fans with their bravado. Bluesy songs are also key players in the mix, providing some diversity and accented by Wylde’s trademark guitar playing, such as the more mellow highlight “The Day that Heaven Had Gone Away” and upbeat closer “Nothing Left to Say,” a track that should get BLS some deserved radio airplay. Vocally, Wylde seems to channel Layne Staley at points with his croons this time around, which gives “Bury Your Sorrow” and “All That Once Shined” a more haunting vibe. Of course, those looking for the usual fiery soloing will be in for the usual treat, with “Room of Nightmares” and “Seasons of Falter” in particular being some standouts.

While some may look at Grimmest Hits as being ‘more of the same,’ which is perfectly acceptable, there’s still no denying Wylde’s talent and presence. A bonafide force within the scene, Black Label Society’s tenth effort is just as strong as it’s preceding releases and continues to cement the act as one of the go-to bands of this ilk.