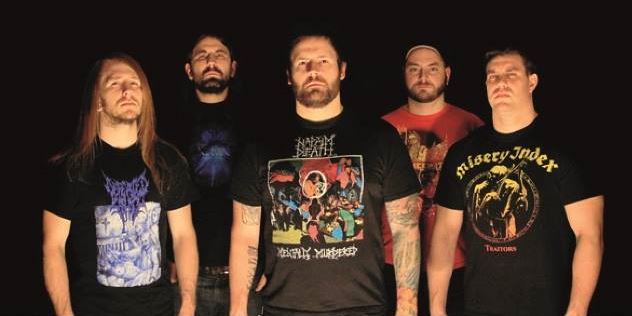 THE BLACK DAHLIA MURDER are streaming a new song, “Receipt,” which comes from their upcoming Abysmal album. The album is due on September 18 via Metal Blade. According to a press release, “this vicious slab of unrelenting aggression showcases TBDM at their very finest with a meticulous, pin-point precise rhythmic assault mixed with ferocious speed and dynamic hooks.”