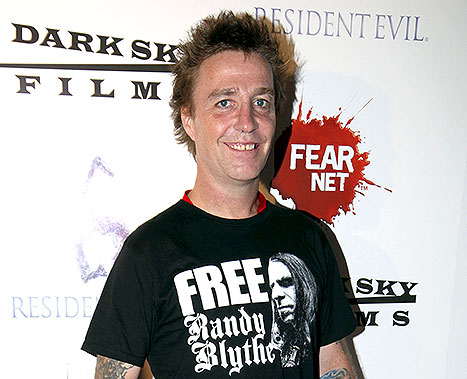 According to WWBT, the NBC-affiliated television station for Richmond, Virginia, investigators looking into whether the death of GWAR lead singer Dave Brockie may have been drug-related.

Law enforcement sources told the station the investigation is leading them to believe Brockie’s death Sunday is drug-related, but the Medical Examiner will determine the exact cause. The investigation will include a toxicology report, which could take six weeks or more. Foul play is not expected, according to police.

Brockie was found dead in his home in Richmond on Sunday night (March 2). Brockie was 50 years old.

GWAR manager Jack Flanagan released a statement saying, “It is with a saddened heart that I confirm my dear friend Dave Brockie, artist, musician, and lead singer of GWAR, passed away at approximately 6:50 p.m. EST Sunday, March 23, 2014 . . . A full autopsy will be performed. He was 50 years old, born August 30, 1963. My main focus right now is to look after my bandmates and his family.”

Brockie is the second member of GWAR to die within the past three years. Guitarist Cory Smoot, who played the character Flattus Maximus, died of a heart attack on the band’s tour bus in November 2011 at the age of 34.