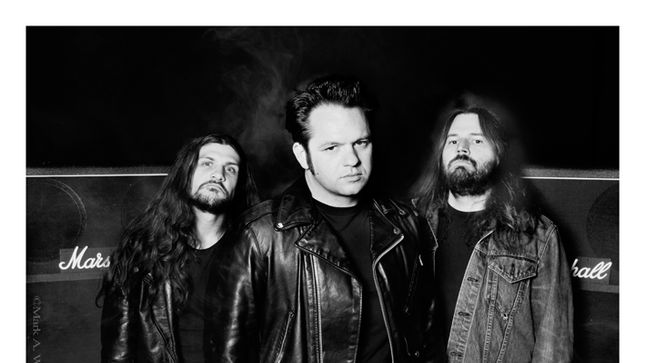 California traditional metal upstarts NIGHT DEMON are streaming “Satan,” a song from their new album, Curse of the Damned.

The band will hit the road this weekend through mid-summer on DIY tour of North America.

Lead singer/bassist Jarvis Leatherby had this to say about the upcoming tour (which he booked himself): “Right on the heels of our ten week European tour, we are ready to hit the states in support of our new album Curse Of The Damned. We will be performing shows all across this great land of ours in the following two and a half months, with support from the greatest local heavy metal bands in their respected areas. Much of this was booked on a DIY level, with extreme concentration on playing the right shows with the right promoters. Most of these will be headlining shows featuring the most comprehensive Night Demon setlist to date. We are primed and ready to fly the flag high for American heavy metal!” 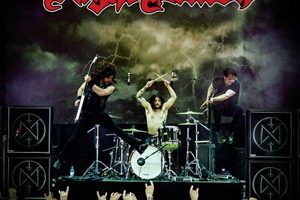