Gary Holt: “There is only one Jeff Hanneman” 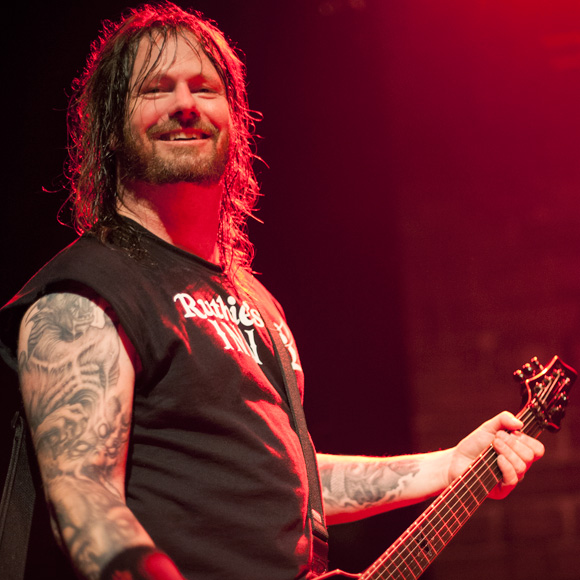 EXODUS guitarist Gary Holt has lent comments regarding the passing of SLAYER guitarist Jeff Hanneman. Hanneman passed away yesterday, May 2, reportedly due to liver failure. Holt has spent the last two years filling in for Hanneman who had been on hiatus from SLAYER since early 2011.

Said Holt: “I’m at a loss for words. The news yesterday of Jeff’s passing hit me like a ton of bricks. Totally devastating sadness is all I have right now. ‘In shock’ are the best words I can come up with to describe how I’m feeling.

“Jeff, it’s been an honor, my brother, to TRY my best to honor your songs best I could.

“There is only one Jeff Hanneman. All I ever could HOPE to do was play those songs you wrote with the conviction with which you played and wrote them, ’cause there is only one of you; that mold was broken long ago.

“My old friend, we had some amazing times on the greatest shows and tours I’ve ever done (VENOM, SLAYER, EXODUS, anyone?), young and hungry thrashers out to lay waste to everything, and had the best time ever while doing it. Exactly why we all started playing in the first place.

“Much love and respect, and my deepest condolences to the Hanneman family and the whole SLAYER family. Gone but NEVER forgotten and always missed. R.I.P.”