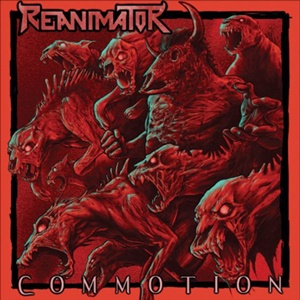 There’s something special about Canadian metal over the years. Probably due to its diversity, passion, and drive – these musicians are out to prove their abilities deserve attention even if acts from the USA or Europe tend to gain the biggest followings. Hailing from the Quebec scene, Reanimator have performed hundreds of shows since starting in 2005, issuing two EPs and two full-lengths in the process. Commotion is the third studio album, a quintet featuring a new second lead guitarist with Philippe Lemire – and its as if the pedal has not lost any acceleration as this is fervent, crunchy thrash that contains angst, spunk, hooks, plus volleys that swing for the fences.

It’s evident that these gentlemen have consumed, studied, and worship at the mantle of old school Bay Area thrash, while also sprinkling in some aspects of punk, crossover, or groove-infused tempos/riffs that are a part of the current younger wave of the movement. The potent delivery of Patrick Martin is hard to ignore – he has this hardcore/punk-like ferocity pushed through a metallic, raspy chameleon bark that takes songs such as “Burnt by the Witch” and “Wretched Affliction” to that level of bone severance which mandates appendage checks. The title track opens on a mid-tempo instrumental note before speedier riffs and shredding yet tasteful lead breaks take over, a lot of the rhythms/transitions from Joel Racine and Philippe Lemire containing more sophistication that tantalizes the ears a la Heathen, Megadeth, or Forbidden. The track listing varies between the standard Exodus-like bouncy effort like “The Ditch” against the monstrous “Anti-Sobriety” – incorporating the right mix of gang-like vocals next to the accelerated tempo changes that prop up at a moment’s notice. Also added into the mix is a bit of that fluid bass play from Fred Bizier on “Heads or Tails” which you may hear from Crisix or Overkill, ensuring maximum stage diving, pit propulsion action should they choose to make this a staple live.

Whether you are an old school maniac from the 80’s that grew up on this style or a recent convert to the thrash style, Reanimator can deliver on all fronts to gain proper underground to above appeal through Commotion. 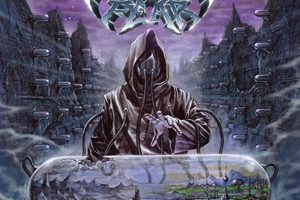