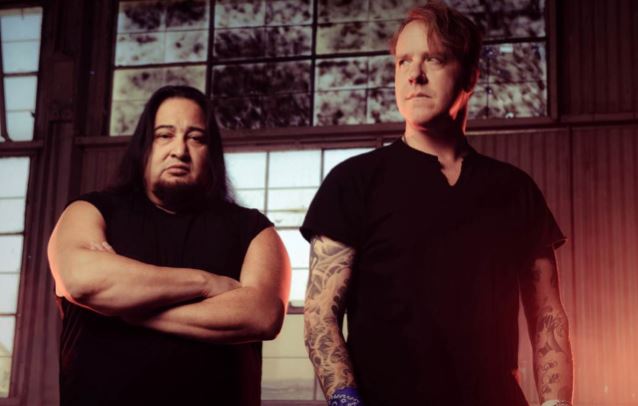 Vaunted Los Angeles cyber metallers FEAR FACTORY have revealed the cover art for the new album, Genexus. The album will be on August 7 worldwide via Nuclear Blast Entertainment. The follow-up to 2012’s The Industrialist was co-produced by longtime collaborator Rhys Fulber, along with guitarist Dino Cazares and vocalist Burton C. Bell and mixed by Andy Sneap (ARCH ENEMY, TESTAMENT, EXODUS, MACHINE HEAD). Artwork was once again handled by Anthony Clarkson. Drums on Genexus were performed by Mike Heller (MALIGNANCY).

“The word ‘genexus’ is a hybrid of two words: ‘genesis’ and ‘nexus,'” explains vocalist Burton C. Bell. “This word describes the next transition in human evolution as man moves forward to a ‘mechanical’ state of being. Ray Kurzweil predicts that the singularity will occur around 2045. Genexus is the term for that next evolutionary process. Where humans are machines, machines are human, and the differences are oblivious to the naked eye.” 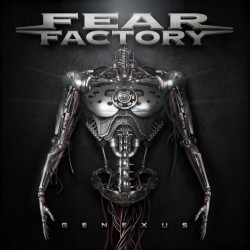