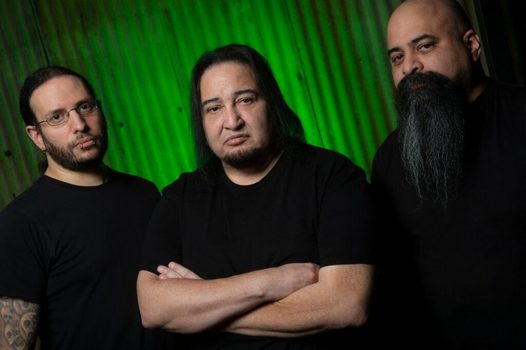 Still here and finally starting to show some emergence from quarantine, things started a bit slowly in 2021 but it seems that a bit of turn around is in order. Releases come fast and furious, as the down time has driven that creative spark up for many a band. As we usually do at this point in the year, the collective staff has pondered which metal releases have reigned supreme so far. Check out our picks below and see how yours compares!

Kyle McGinn
Pleasantly, so far 2021 seems to be a year of branching out in the metal world. Bands are really pulling from from outside of the box and injecting it with metallic elements and fury, making for an exciting time. In an age where everyone is releasing material due to no live shows still, it’s a necessity to stand out from the pack too. Hopefully this continues for the rest of the year, even if maybe we are actually going to get a few shows in! May the second half of 2021 bring some touring back, and just as solid a lineup of new releases as we have enjoyed so far.

1. Fear Factory – Aggression Continuum (Nuclear Blast)
2. Blackbriar – The Cause of Shipwreck (Self-Released)
3. Sumo Cyco – Initiation (Napalm)
4. As Everything Unfolds – Within Each Lies the Other (Long Branch Records)
5. Depths of Hatred – Inheritance (Prosthetic)

David E. Gehlke
The Helloween reunion should serve as a template for all other legendary bands who have gone through lineup tumult. Helloween’s camaraderie, teamwork and selflessness is exactly why their new self-titled (featuring the returning Kai Hansen and Michael Kiske) is such a world-beating collection of power metal tunes. What once seemed unfathomable is now reality, particularly for those who charted the occasional sparring in the press between Kiske and his one-former bandmates. Alas, it was a joy to watch the ‘Weenies tour the globe on the “Pumpkins United” trek. Their new album is the proverbial icing on the cake.

Matt Coe
Coming out of a global pandemic, obvious needs to get out and be within the community includes signs of life on the touring and festival front locally and nationally for the first time in over 15 months. Absorbing albums has been even more imperative to keep us sane, and fortunately metal hasn’t been a genre without its fair share of strong efforts where musicians have put forth some creative work during this downtime. Here are five of this scribe’s favorites six months into the year.