CROWBAR Enter The Studio To Begin Work On Tenth Album 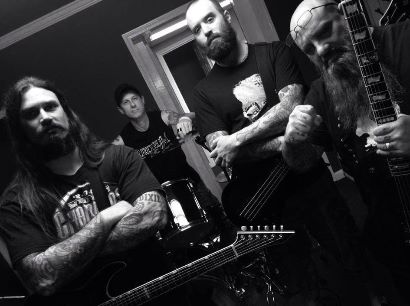 New Orleans’ sludge and doom metal pioneers CROWBAR – led by vocalist/guitarist Kirk Windstein – have officially entered the studio to begin working on their tenth studio album. The new material will be the band’s first since the release of Sever The Wicked Hand, which was released in 2010.

The band has entered the OCD Recording Studio in their hometown of New Orleans with Duane Simoneaux taking on engineering duties. The legendary Zeuss has been tapped to mix the record. The band also welcomes new bassist Jeff Golden after the departure of Pat Bruders earlier this year. The band will be heading out on a handful of dates throughout Europe shortly before album release. Crowbar has also been confirmed for Roadburn Festival, Maryland Death Fest & Hellfest all happening in 2014.