CRADLE OF FILTH Checks In From The Studio 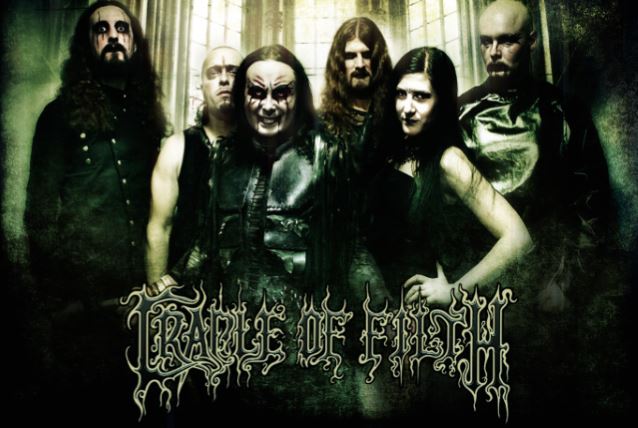 British extreme metallers CRADLE OF FILTH are currently working on a new album. They have checked in with the following update:

“CRADLE OF FILTH have begun recording the fruits of their labours over these last few months, entering Grindstone Studios in Suffolk at the beginning of last week to record drum tracks for a spanking new album. Drummer Martin ‘Marthus’ Skaroupka spent the week pummelling his kit until it was dead during the day, and at night spent his evenings at a remote luxury converted barn pad, resting and preparing for the next day’s nine solid hours drumming.

Subsequently, all the drum tracks are now laid down for the album and it’s bonus tracks (which are sounding amazing); next up it’s the turn of guitarist Marek ‘Ashok’ Smerda to not only record some of the most vehement, ornate, tragic, melodic and furious songs CRADLE have ever shitten, but to also spend his nights listening out for the notorious Suffolk werewolf roaming the countryside.

Marthus has also posted a five minute-long studio report for your (vulgar) delectation, which can be viewed below.

CRADLE OF FILTH latest opus nocturne has the working title of Hammer Of The Witches and is scheduled for release via Nuclear Blast Records on June 26th, 2015.