Alas, we’ve gone through almost another year of digging through Bandcamp’s best and brightest. This, as usual, will be the last ‘regular’ column for the year, as December will focus on the best Bandcamp finds from 2017. So for this outing, we will focus on Aeonian Sorrow, Andhera, Billy Boy in Poison, Blasteroid, Casket Robbery, Dethrone the Corrupted, Forest King, Hidden Me, The Hopewell Furnace, Reality Grey, Sanctorium, Sunless Rise, and Vintersea.

The first output from Aeonian Sorrow is nothing short of epic doom metal. Some slow crawling starts things off, slowing building up with growled vocals, keys, and crushing mid-tempo riffs as it continues along. These growls eventually trade off with clean female singing, thankfully not in the usual beauty & the beast formatting. Rather pairing much like a gloomy duet as the lumbering riffs crash around them. The keys add a sorrowful presence without becoming the main attraction, wrapping the dark riffs into something slightly more cinematic. At work for a debut to be released at some point in 2018, get on board with this band now.

Filing under the category of bands that bring a death metal brutality with more atmospheric and melodic moments, Andhera thrives off the dynamics between these two parts of their personality. There are some very heavy and aggressive moments that have an almost epic feel to them (see “Part III – Transference”), as well as more progressive melodies that enter the music from time to time. Whether it’s the more abrasive segments or more dreamy melodic ones, there is always something to hang onto. A standout solo, a hard-hitting riff, or a moment of reflection all keep Liminality running full speed ahead, and makes Andhera worth a gander for the more progressive fans of the genre.

A bit of a headscratcher with the name, considering the unabashedly death metal sound coming out of the speakers, but with some of the absurd death metal names out there it doesn’t really matter. What does matter is the groove-heavy, chunky material that Invoker delivers. It falls to the more modern side of the spectrum (with a beaming production from Jacob Hansen), and sticks to a more mid-tempo setting to execute the bulk of the songs. But some more mood-setting stuff (see “Exodus”), along with the catchiness of the riffs themselves, keep the band vibrant from start to finish. There’s not a song that lacks for headbanging riffs, which is more than enough to give this one the thumbs up.

Those who enjoy their death metal to be both fast-paced yet still carry an urgent melody would be wise to check out Blasteroid. They handle some technical proficiency well, incorporate some thrashy elements, fire off shreddy solos, have a strong bass presence, and even find time to fill in with some surprisingly melodic sections. Not to mention some of the more atmospheric segments that pop up from time to time. So you get something in the end that should appeal to fans of Revocation as well as Obscura. A strange pairing perhaps, but it fits. High-energy material that should find favor with both thrash and death fans.

A visceral and devastating three songs await with The Ascension. Some horror themes meld into a groove-forward approach to death metal that never lacks for intensity. Full of carnage as it may, it’s also quite catchy as well. Some of this goes back to the groove, but the eerie soundscapes also help to capture a unique sense for the act. The songs shoot straight and stick to the point, allowing for maximum abrasion to occur – from bludgeoning riffs to some caustic vocals. The energy is infectious – this is something that you’ll easily get 2-3 spins out of in a row without noticing.

While it’s tempting to label Dethrone the Corrupted as a melodic death metal act, the levels of brutality tend to far exceed that which the mind conjures with such a tag. But that doesn’t negate the fact that there are some gorgeous leads and melodies within Sephirot, waiting to be discovered. “Belial’s Anathema” and “Tetragammaton” both blend these into fast tempos and explosive riffs, alongside brutal vocals. The whole thing is very headbangable, which also consists of 4 pre-production demos of other tracks, which don’t have too much of a production departure from the first two tracks. Nice to hear some more death metal that can merge melody without compromising the aggressive edge.

Quickly establishing themselves as another name worth quoting from the increasingly fertile US folk metal scene, Forest King land an impressive debut. A thrashy approach sits them a bit closer to Amon Amarth than Ensiferum, with lots of mid-paced galloping to go around. The melodies stand out immediately, as does the abundance of solos packed into the album. Frequently it’s the melodic riffing that gives the band their edge, and while no one is going to accuse them of going ‘happy-folk’ metal, they are quite grin-inducing. Pick of the litter belongs to the closing “Who Will Write Your Saga?” with its extended length and effective buildup as well as an interlude to break things up. Easy to recommend to those who enjoy the heavier side of folk metal.

Easily the most ‘progressive’ of this month’s batch, Hidden Me cite influences as far and wide as Opeth, Nightwish, Periphery, and Sikth. A large foundation sets up their sound to be one that is fresh and interesting, with a combination of some delightfully intricate proggy structures and jazz fusion combining with sweeping female vocals and driving metallic riffing. Opening track “Step Beyond” is a good one to dissect, with heavier riffs opening it up before more progressive melodies take over with a strong vocal performance. Frequent dips into more atmospheric counter the building up of heavier moments, and gentle keys eventually lead into a fiery lead near the track’s end. The remaining two tracks are just as expansive – well worth a ‘name your price’ download.

The first new material from The Hopewell Furnace reeks of brutality and technical musicianship. Frantic riffing flies at the listener with reckless abandon – quick blasts of technical riffing that is meant to shock and awe. Some slowdown towards the end of the track (complete with some synth atmosphere) helps to give the listener a breather before one final assault is delivered. The band is working on a new EP for 2018, and if it’s as punishing as this track, it will be one to keep your eyes peeled for.

Reality Grey serve up their first glimpse of upcoming release Beneath This Crown with new single “Daybreakers.” Those with a hankering for melodic death metal should find themselves right at home with this, particularly fans of Soilwork or Scar Symmetry. Catchy riffing and melodies with just enough meat on the bones to increase the brutality, and some enjoyable soloing provide the necessary elements for the band’s success. There’s clean vocals in the chorus, but it never comes across as poppy – just some strong melancholic vibes to mesh with the heavier verse work. A solid track overall – be on the lookout for Beneath This Crown in the near future.

No doubt going to draw some parallels to bands like Epica and Xandria, Sanctorium play symphonic metal that utilizes some operatic female vocals along with growled vocals (and occasionally some male cleans). It’s a well-worn formula, but Tessellation of the Universe proves to be an enjoyable album none the less. To briefly dip into a few songs, “Choronzon” uses some Arabic flair in its riffing, as does “Caravan,” and serves to set the band into more of their own style. Thomas Vikström (Therion) adds to the ballad “The Threads of Fate,” which also never succumbs to being cliché. “Nuclear Song” is one of the more visceral to be found, while the use of piano on “Name of Rose” is quite effective. A lot of moving parts, as it can be seen, and certainly worth an investigation.

2015’s Unrevealed left a definite mark in this scribe’s books, with their flashy penchant for melodic death metal. The band’s first song since then lives up to the standard set before it. There’s a lot going on for a track that doesn’t even hit the 5-minute mark, but it all works. Soaring clean vocals, some brutal riffing, catchy electronic elements, intricate melodies, and masterful solos all cram their way in without feeling bloated or out of place. You can even hear an instrumental version of “Flywheel” on the Bandcamp site. Let’s hope for a new album very soon.

Vinterseas do a commendable job of genre-mashing on The Gravity of Fall. Taking some Scandinavian melodic death metal roots and blending it with their own territory of the northwest (read: gloomy Agalloch inspired black metal), it’s all wrapped together through a progressive trim. Vocalist Avienne splits her time pretty equally between impressive cleans and menacing roars – adept at melding her lines into the ever-changing and interesting rhythms and melodies behind her. Plenty to dissect with later listens due to the challenging nature of the material, though it’s not a chore due to some of the immediate riffs that will stick with you (see “Skies Set Ablaze”). A remarkably fresh take on the usual formula. 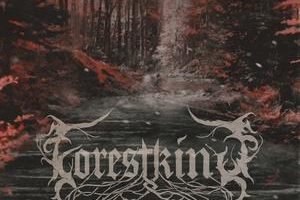 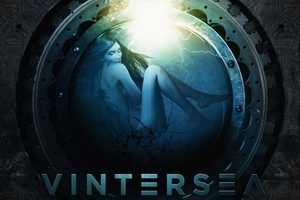 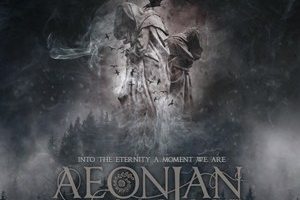 Aeonian Sorrow – Into the Eternity, A Moment We Are (Self-Released)