As we move further into spring, a nice bit of warmer weather offers some encouragement, as does a number of bigger tours being announced in the past few weeks (Gojira, Megadeth). Hopefully the momentum carries forward. In the meantime, there’s always more music to digest. This month we look into Beekeeper, Befell, Caliban, Mephitic Grave, Moral Collapse, Morrigu, Raven, Reality Grey (pictured above), Signum Regis, Sonic Haven, Tardus Mortem, Trick or Treat, Various Artists. 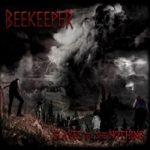 Beekeeper – Slaves to the Nothing (Metal Assault)
Originally released independently in 2017, Metal Assault saw fit to reissue the debut album from San Diego trio Beekeeper, giving Slaves to the Nothing a remastering on red vinyl with black splatter. Heads down thrash is the name of the game for these nine tracks – primal, raw, and in your face like a locomotive barreling down for its quickest destination. Between the frantic, raspy screams and melodic roar penetrating from the larynx of guitarist Ally Levine and the tight, rollercoaster rhythm section work of bassist Adam Wollach and drummer Dylan Marks – songs such as “Vargas”, 91 second pounder “Kamel Krusher” and mid-tempo swirling “Picket Fence Death Night” combine the intensity of Death with the impact of Slayer, Arise-era Sepultura, and some aspects of Coroner to these ears. A primer for hopefully an equally vicious follow-up to come. – Matt Coe (Beekeeper on Facebook) 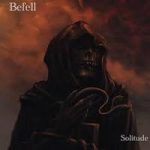 Befell – Solitude (Self-Released)
Thrashy and raging, Befell have a modern metal take that manages to hit thrash as much as it does metalcore. Some comparisons to Trivium are bound to happen with the sound of Solitude, but the band are far from copying here and the genuine thrash vibes ensure that they have plenty of their own, headbanging ground to cover. It helps that the songs are so straight-forward and aggressive – it really grabs the listener and holds their attention. The choruses carry the needed hooks, but they never pull you into a drastically melodic tone that waters it down. Keeping it frantic and fresh instead. – Kyle McGinn (Befell on Facebook) 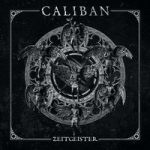 Caliban – Zeitgeister (Century Media)
Not so much a new release (though there is one new track) as much as a re-imagining of old songs, Zeitgeister is an interesting experiment. Taking a selection of cuts that reach across Caliban’s storied history and putting the lyrics into their native German, it puts a new twist on those familiar cuts. Cool to hear how things have been reworked for the language to be changed, and a good swath of songs are represented, but ultimately, it’s not an urgent release outside of the Caliban fanbase. But it will satiate the need for some new material for a little while. – Kyle McGinn (Caliban on Facebook) 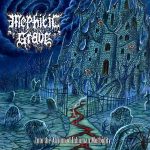 Mephitic Grave – Into the Atrium of Inhuman Morbidity (Carbonized Records)
Old school, dirty & grimy death metal with plenty of HP Lovecraft inspiration. Mephitic Grave hold back no punches when it comes to their inspirations, with that slightly unhinged feeling fully in tow. Faster tempos have a certain craziness to them, while some slower and mid-tempo sections allow them to flex some more grimly melodic muscles. It makes for an album that can beat you to a pulp when it wants, but will still catch your ear from time to time with some eerie melodies that will haunt you. A great combo of otheworldly and brutal. – Kyle McGinn (Mephitic Grave on Bandcamp) 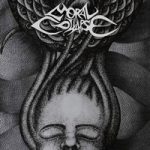 Moral Collapse – Moral Collapse (Subcontinental Records)
Old school extremity with some avant garde tendencies? If that gets your attention, you’ll likely get a kick out of Moral Collapse. There’s a slightly old school death metal vibe, but there’s an equally strong pull towards some genuinely eerie riff structures and some jazzy vibes as well. It might seem like a lot, but it’s quite well handled and the music retains a heavy sound throughout, with some of the added sounds bringing a sense of urgency or tension to the sound. Sure to keep you on your toes while listening! – Kyle McGinn (Moral Collapse on Facebook) 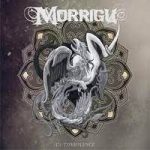 Morrigu – In Turbulence (Ghost Sound Media)
The fourth album from this Swiss act, In Turbulence takes bits and pieces from doom, melodic death metal, and thrash and runs with it. From heavier cuts with an emphasis on the melodeath/thrash to gloomier songs that revel in atmosphere and doominess, to a combination of both (“In the Shade”), it’s a strong representation of tracks and feelings. The strings add some real beauty (as does some guest female vocals), and of course, having Adrian Erlandsson behind the kit is an additional benefit. Moving songs that still have plenty of get-up and go when the moment is right. – Kyle McGinn (Morrigu on Facebook) 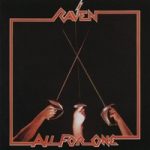 Raven – All for One reissue (High Roller Records)
The third album from Newcastle-based trio Raven, All for One saw the group raise the bar in terms of expanding their sound, seeking out professionals like Michael Wagener and Udo Dirkschneider to capture the energy of their live sound in the studio. Songs like “Mind Over Metal”, “Break the Chain” and “Athletic Rock” possess that unbridled NWOBHM tenacity with a solid groove/ bar boogie interplay template – catchy anthems for the international metal consumers to devour. Bonus tracks include the “Born to Be Wild” cover with Udo, a b-side “Inquisitor” also featuring Udo, plus “The Power and the Glory” recorded during the studio sessions but never released. The record still stands up well 38 years later – Raven still kicks ass today, and you would be well served to pick up this landmark early 80’s effort. – Matt Coe (Raven official website) 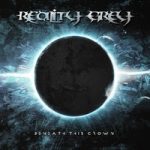 Reality Grey – Beneath this Crown (Blood Blast)
A combination of modern grooves, melodic death metal fury (and catchiness), and some proggy bits too, Reality Grey hit a nice sweet spot of styles and embrace their best aspects. The frenetic energy that the band can muster (see “Multidimensional Hollow”) calls to mind some older melodeath champs while the grooves give it a modern spin. More melodic numbers like “Dreaming” have a airy atmosphere that merges with some chunky riffing, capturing a needed dynamic well with a release nearly an hour in length. Reality Grey should be able to easily ensnare modern metal and melodeath fans with a release like this one. – Kyle McGinn (Reality Grey on Facebook) 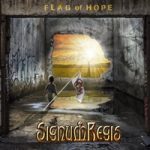 Signum Regis – Flag of Hope (Beyond the Storm Productions)
Originally released in late 2020, the Flag of Hope EP receives a remix/remastered boost for Signum Regis followers to appreciate. Expect value for money, as these seven tracks intertwine original material, special covers, and standards put through a power/progressive metal lens. The title track contains guest vocal support from Göran Edman, Matt Smith, and Samuel Nyman among others, there is a killer cover of an early Angra favorite “Stand Away”, while “Tune of War” showcases some of their more tender, reflective movements with acoustic guitars and quieter opening verses moving into a more Sabbath-esque/Savatage heaviness. A great primer for those unfamiliar with the band, and enough of a stop-gap effort to appease the faithful waiting for the next album. – Matt Coe (Signum Regis official website) 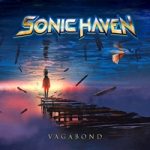 Sonic Haven – Vagabond (Frontiers Music)
Created by singer Herbie Langhans, known for his work in Sinbreed, Voodoo Circle and Avantasia, Sonic Haven is a return to German melodic power metal for this debut album Vagabond. Surrounding himself with stellar players with ties to Rage, Bonfire, and Beyond the Bridge, expect thick European-oriented power songs featuring guitar hero driving riffs, pounding drums, and Herbie’s gritty melodies gliding over the top. Standouts abound – the titanic title track, the theatrical runs throughout “Keep the Flame Alive” as well as ballad “Save the Best for Last” most memorable, while “The Darker Side” flexes the Dio/Sabbath epic terrain. Sonic Haven may play in a familiar sandbox style-wise, but the execution and professionalism prove this will never grow out of fashion. – Matt Coe (Sonic Haven on Facebook) 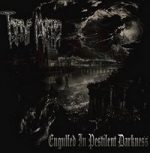 Tardus Mortem – Engulfed in Pestilent Darkness (Emanzipation Productions)
Originally released in 2019 on cassette, Emanzipation Productions brings this cult, underground death metal release into the vinyl and digital arenas. Championing that gritty, cavernous Incantation vibe, Tardus Mortem also capture a strong sense of hostility as well. The music has a refreshingly menacing feeling to it, particularly at high speeds, and the evil sense to match when they offer some slowdown. The suitably raw and thick production gives it that muddy quality without being too absurd that it loses musicality, but enhances the overall atmosphere of the music. Nothing particularly new, but quite well done for the style. – Kyle McGinn (Tardus Mortem on Facebook) 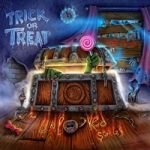 Trick or Treat – The Unlocked Songs (Scarlet Records)
Assorted goodies and unreleased tracks collected over two decades of work for Italian power metal act Trick or Treat, The Unlocked Songs came to fruition in lockdown as a b-sides greatest hits to showcase a unique mix of the group’s talents. Favorites include the power opener “Hungarian Hangover”, the Misfits cover “Scream”, a live version of the Helloween classic “I’m Alive”, and a semi-operatic/acoustic to electric rendition for “Dragonborn – Skyrim”. Showcasing ability in multiple outside genres as well as their fun/engaging personalities, hopefully Trick or Treat can gain even more support through this left field release. Enjoy these hidden treasures. – Matt Coe (Trick or Treat official website) 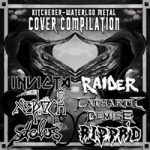 Various Artists – Kitchener-Waterloo Metal Cover Compilation (Self-Released)
Recruiting artists from various metal genres with ties to the Kitchener/Waterloo region of Canada, this is a compilation of covers by current bands paying tribute to influences from the 80’s and 90’s scene. Opening with “Hellion/Electric Eye” by Judas Priest, this track by Invicta features guest support from Raider, Cathartic Demise, Aepoch, and Rippr’d – who also appear with songs for this record. Favorites abound – Cathartic Demise embrace the intricacies of Megadeth for “Good Mourning/Black Friday”, Invicta reach back for a Di’anno classic in heavier form for “Killers”, while Raider take on the thrash/death stew Demolition Hammer delivered for “Carnivorous Obsession”. Kudos to these musicians, and hopefully they’ll gain more support as a result of this. – Matt Coe (Invicta on Facebook)