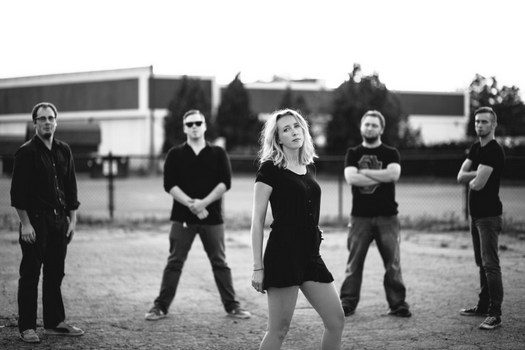 Metal is all about going out on your own and finding music that caters to what you are looking for. As such, Bandcamp is a huge tool for my own love of metal – it’s a joy to randomly come across albums that you might miss out on otherwise. Being a music fan is about taking an active role in finding new artists to enjoy, and what we’ve served up below are some of the best to come about this year. That in turn leads to the ultimate goal with these Sifting Through Bandcamp columns – there’s so much out there – take that first step and support these bands that sit slightly below the usual radar. You’ll be glad you did.

1. Chiasma – Human Element
With the progressive tag being so overused, it’s rare to find a band that truly justifies the label. But Chiasma is one such entity, who explore many different moods and tones over the course of their second album, Human Element. Whether it’s floaty, dreamy atmospheres, bursts of explosive heaviness, or soaring progressive riffs – Chiasma has you covered. Katie Thompson’s unique vocals (sometimes aided by vocoder) add another layer of intrigue to an already stellar songwriting team. This band could really break through given the proper exposure; check them out now and help propel them forward.

2. Synthetic – Here Lies the Truth
Melodic death metal has always been a staple of my metal diet since the late ‘90s (as the list might suggest below), so often it takes a little something extra to leave a lasting impression. Here Lies the Truth does so by taking the modern melodic death format and using some rock elements to differentiate themselves without spoiling the album’s tone. Synthetic also have no problem laying down decidedly catchy melodies from track to track, which may be their finest weapon. Those into Soilwork or Disarmonia Mundi should be lapping this one up.

3. Ordinance – The Ides of March
The only band on this list that may qualify as a “supergroup,” the long awaited return of the progressive death metal Ordinance is a concept album that does a superb job of portraying the fall of Julius Caesar from multiple perspectives. Mike Semesky gets to show off his clean/growled range, while Alex Rudinger puts on a drum clinic over some intricate yet catchy riffing from Gunter Ostendorp and Greg Macklin. Blastbeats, melodic choruses, and modern grooves – Ordinance plays it all and in tying it into a central theme, designs an album still just as impressive 10 months after its initial release.

4. Fall – The Insatiable Weakness
One of the first Bandcamp specific releases I checked out for the year has held up remarkably strong. Usually modern melodic death metal comes with a set of clichés, but Fall avoids them all with riffs that maintain an aggressive edge, uniquely styled clean vocals, and mood that stays bleak instead of bouncy. High-energy melodeath that has more on common with Detonation than it does with In Flames.

5. Virvum – Illuminance
One of the most gorgeous covers of the year, Illuminance also is some of the most gorgeous tech death of the year as well. Brilliant and sweeping melodies sneak their way through the tech death framework and make for some rather enjoyable contrast – spacey melodies and incessantly brutal riffs. The contrasts work, and the space between the two allows Virvum to operate in more of their own space compared with some of the other current tech death bands.

6. Oak Pantheon – In Pieces
Third time is truly the charm for Oak Pantheon, as In Pieces displays their strongest effort yet. Taking influence from Agalloch and Opeth along with plenty of their own pizazz, the best part of the album is the focus on jaw-dropping melodies, which manage to come about in every song and create massive emotional resonance, no matter if it’s heavy or calm. The perfect album to listen along to as we make our way into the winter season.

7. Minarchist – In Absence
PA-based Minarchist take the deathly approach of their statesmen (Rivers of Nihil, Black Crown Initiate) and inject a progressive tendencies and a diverse spread of influences. Lots of atmosphere, blistering riffage, and growl/clean vocal change-ups round this one out. For a debut album, there’s a lot of depth and the songs form a cohesive and intriguing flow. Hopefully we’ll get another one from Minarchist!

8. Thunderforge – Call of the Conqueror
Championed by our own Matt Coe on a regular basis, Massachusetts’ Thunderforge lays out world-class power metal that is as technically impressive as it is intoxicating. Catchy leads and melodies along with fun, sing-a-long choruses that will cause you to raise your fist without a second thought make this one an absolute must. A thoroughly impressive live act to boot!

9. OncetheSun – The Ghost Inside Me
Taking a darkened metal/rock approach that veers ever so slightly towards a gothic/doomy edge, OncetheSun have been chipping away with a number of releases over the last 10 years. The experience shines through in some great arrangements and composition that blend a variety of emotions alongside strong vocals and addictive keys. Those looking for something full of dark melodies should seek this out.

10. Caecus – The Funeral Garden
Gunning for the darkened spaces of esoteric death metal that bands like Rivers of Nihil and Warforged occupy, Caecus came out of nowhere earlier this year. Pummeling death metal riffs and underlying melodies make for compelling listening from start to finish. It’s immediate with its brutality and visceral edge, but listening through yields even stronger results when you start focusing on the melodic underpinnings.

11. Burial in the Sky – Persistence of Thought
Burial in the Sky’s atmospheric death metal take involves digging into the atmospheric melodies and death metal heaviness with equal indulgence. For every moment of bliss, there’s a brutal riff to counter it. Some of the atmospheric melodies have a near-psychedelic quality, but the biting tech riffs will make sure you don’t drift too far off. Persistence of Thought is sure to keep you coming back for more.

12. Equipoise – Birthing Homunculi
Fans of technical death metal take heed as Equipoise should be on your must-hear list. A star-studded release (including a number of guest spots) that hits all the high-water technical compositions that you expect, but with an actual songwriting agenda behind them. A dizzying combination of frantic speed and melodies that is bound to give you that rush that only the best tech death can provide. Plus all proceeds go to charity!

13. The Devils of Loudun – Enduring Creation
Stepping up their game from the already brilliant Entering Oblivion, the blistering melodeath of The Devils of Loudun is a must for fans of The Black Dahlia Murder and Allegaeon. Brutal riffing is complimented by moody keys and dazzling melodies in a way that should keep the appeal equal from melodic and more brutal fanbases. With their gain from EP to EP, they are bound to catch on at a larger scale sooner than later.

14. Shadowrise – Escape from Shadow Island
Blurring the lines between more blistering melodic death metal and symphonic metal with sometimes bombastic synths, Escape from Shadow Island is an all-too-short treat. Flashy guitarwork, catchy vocal melodies (of the growled and sung variety), and some epic-sounding synth all play a part in why you’ll instantly hit play again once the album ends. Sure to be a favorite for any who stumble upon it.

15. Rage of Light – Chasing a Reflection
While finding this band due to their amusing video for their cover of Aqua’s “Lollipop,” Chasing a Reflection hits the modern melodic death metal sweet spot. Upbeat synths and EBM, thrashy riffs (think Disarmonia Mundi), and some interesting vocal dynamics between Melissa Bonny and Jonathan Pellet make this worth seeking out. Plus the “Lollipop” cover is beyond fun. Let’s hope a full-length isn’t too far behind. 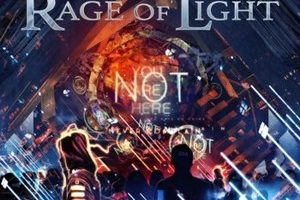 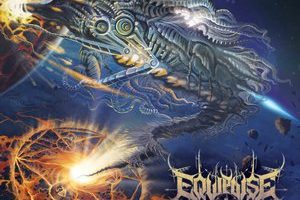