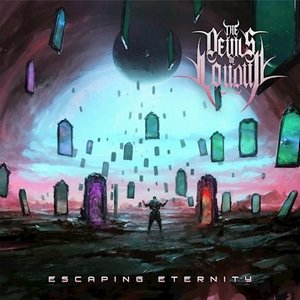 The Devils of Loudon had an explosive beginning, with a fine EP in Entering Oblivion starting them off in 2015, which was then followed up by full-length Enduring Creation the next year.  Their second full-length has taken a bit more time to come to pass.  But nonetheless, Escaping Reality is nearly upon is, and the band has joined forces with one of the stronger tech death labels in the business (The Artisan Era), which should turn plenty of new heads as more are exposed to The Devils of Loudon’s energetic but memorable sound.

Escaping Eternity hits all of the band’s strong points that had been developed with previous releases.  Which would be the melding of more furious, tech-driven riffing with some excellent synthwork and sprawling melodies.  At this point, there’s a few names that can come to mind with this particular formatting, but it’s really all about the presentation with this band.  “Anamnesis” features incredibly playful guitar melodies and synth into an otherwise driving and vicious speed run, to the point where they are all but continuously ticking your ears while you are trying to headbang along (don’t worry, there’s a nice slowdown that is perfect for some head movement).  There are also some rather lengthy tracks (at least for the style) that run past the 7-minute mark too.  Instead of bloating the time with meandering moments, they double down on the more epic parts to their sound and create something worthy of the extra time (see “Evolving Winds” or the closer “Arcana Imperii” in particular).  But for those seeking a more straight-ahead barnburner, “Praise the Eternal Nightmare” is bound to whip the adrenaline high while keeping the song one that you’ll come back to for the memorable riffs.

It may have been a while since The Devils of Loudon had our attention, but they deliver a quick reminder of their strengths with Escaping Eternity.  In a time where many tech-driven bands are pulling themselves under with more sterile offerings, The Devils of Loudon utilize a colorful musical scheme that keeps the listener engaged from beginning to end, and still keeping all the needed bells and whistles for the diehards. 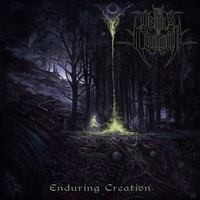 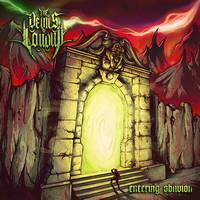