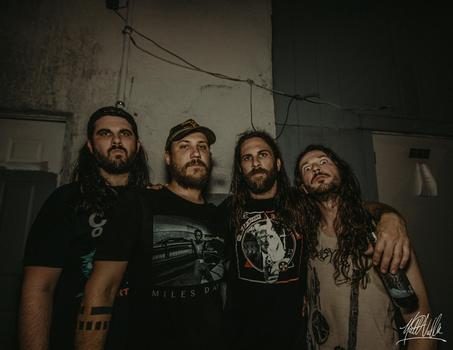 One month ends, another begins. We try our best to keep up with the busy, busy fall release schedule and thus Rapid Fires gives us a chance to cover some releases that may have otherwise fallen through the cracks. So here’s some of the good, bad, and ugly for your enjoyment. This month we cover Darkness, Evil (Japan), Lascar, Leverage, Leviathan, Mir Zur Feier, Mother Feather, Rise of the Northstar, Rituals of the Dead Hand, Set and Setting (pictured above), Sodom, Valkyria, and Verni. 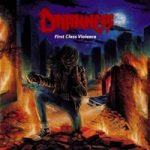 Darkness – First Class Violence (Massacre Records)
Lurking in the shadows of the Teutonic big three (Kreator, Destruction, Sodom), Darkness released three studio albums from 1987-1989 on smaller European labels before disbanding in 1991. Active again since 2013, First Class Violence is the group’s fifth studio platter. Reaffirming their take no prisoner speed/thrash stance, it’s like time stood still for this quintet. Between the bark on command choruses, double time tempos, and relentless riff spew, it’s hard not to connect to raging songs like “Hate Is My Engine” and the circular title track. Predictable – possibly. But the ferocity, tenacity, and stick to it quality to these performances along with proper attitude makes it hard to resist all the little melodic runs and gang vocal support against these primal thrash cuts. Feel the burn. – Matt Coe (Darkness on Facebook) 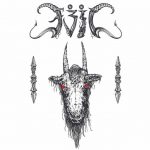 Evil (Japan) – The Gate of Hell Demo (Nuclear War Productions)
Taking a grindcore approach to thrash, meaning, running through songs that fail to crest the two-minute mark, Evil (the Japanese incarnation) race through the four songs on their The Gate of Hell demo without much thought other than reaching the finish line. Of course, the thing is raw and vibrant, capped off by quasi-technical guitar playing and the proverbial vintage bent that generally gets old-timers excited. Plus, there’s a cover of Sarcofogo’s “Desecration of a Virgin” to cap it all off. – David E. Gehlke (Evil official website) 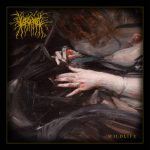 Lascar – Wildlife (ATMF)
Chilean depressive black metal ensemble Lascar, who to this scribe and perhaps more than a few Americans, has the unfortunate distinction of possessing a name that rhymes with “Nascar,”is one of those bands who reek of potential, but can never quite get it all together. Such was the case for their 2016 Absence and the following year’s Saudade and here on Wildlife, the band runs wild (no pun intended) with melody and the usual spate of atmosphere and dark leanings. There are some odd quirks going down on “The Zenith,” which may suggest these guys are more avant-garde than meets the eye. – David E. Gehlke (Lascar Bandcamp) 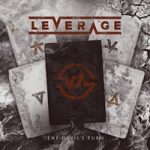 Leverage – The Devil’s Turn (Frontiers Records)
Nine years removed from their third album Circus Colssus, Finnish heavy/power metal act Leverage returns with a four song EP in The Devil’s Turn that encompasses a wider open, AOR/heavy rock scope. Obtaining a new singer and guitarist while written over the past several years, they wanted to capture more of a natural, live feel – and this material has that drive for sure. Metal aspects still pop up here and there in the shredding lead break for “Dead Man’s Hand” as an example, but there’s definitely more of an AOR/pomp presence vocally during “Wheels from Hell” that makes me think of Styx and Kansas against bluesy licks and tricks that recall Deep Purple in their 70’s prime. When you’ve gone away for so long, shaking things up could bode well for establishing a newer fanbase – and the quality is still there for these gentlemen. – Matt Coe (Leverage on Facebook) 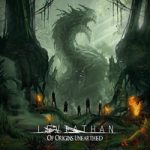 Leviathan – Of Origins Unearthed (RecordJet)
Melodic death metal that isn’t afraid of barreling forward with speed you say? Of Origins Unearthed is the album for you. “Beyond the Stars” comes out of the gates with fury and doesn’t look back. Thrashy, upbeat melodic death metal with some wicked lead guitar is what you will find – done at a high-level of proficiency. But the band also brings in some other elements to keep it from being a speed-fest, most notably an emphasis on acoustic guitarwork, particularly in the second half of the album. Exquisite melodies and leads make this one enjoyable from beginning to end, and well worth the time for any genre fans. – Kyle McGinn (Leviathan on Facebook) 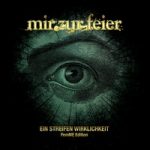 Mir Zur Feier – Ein Streifen Wirklichkeit (Painted Bass Records)
One of the two winners of this year’s FEMME Battle Winners, Ein Steifen Wirklichkeit was originally released last year but sees a reissue from Painted Bass Records for the accomplishment. German death metal, but with plenty of twists and turns, including the band name and lyrical content being based upon poems by Rainer Maria Rilke and the tendency to incorporate some cleaner vocals into the mix alongside some ferocious roars. But it goes far beyond just the vocals, with heavy riffing giving way to melodies and atmosphere in a dark fashion. More unique than one might initially guess, Mir Zur Feier have a strong opening on this, their second EP. – Kyle McGinn (Mir Zur Feier on Facebook) 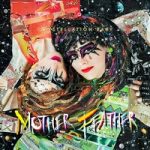 Mother Feather – Constellation Baby (Metal Blade)
What was old is now new again, with the crop of bands playing more retro-oriented material ever-increasing. Mother Feather falls in nicely to this description, with their combination of ’80s-inspired rock with just a touch of pop influences on their second release Constellation Baby. The fuzzy, grooving riffs are one of the key components of the band, offering a fun and immediately engaging take and offer a danceable journey (see “Shake Your Magic 8 Ball”). A solid combination of good old fashioned rock & roll with some vocals that are strong enough to put things to the next level without completely dominating the mix. – Kyle McGinn (Mother Feather official website) 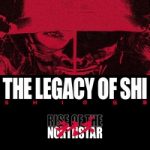 Rise of the Northstar – The Legacy of Shi (Sharptone Records)
Continuing the nostagia trip, Rise of the Northstar returns us to the ’90s with a crossover combination of groove metal, hip hop, and nu metal wrapped up in a manga-inspired package. Unfortunately, the band seems to bring with it all of the cringy feelings that Machine Head’s experimentation into the same area conjured up back in the day. Goofy and cliched lyrics are par of the course, perhaps the biggest downfall as some of the grooves have some really catchy flavor to them but the vocals never really seem to reach that same level of anger and rage. Some solos give them an edge above their peers here, but The Legacy of Shi ultimately depends on your fondness for ’90s nu metal and hip hop combos as to whether you will enjoy it or not. – Kyle McGinn (Rise of the Northstar official website) 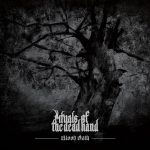 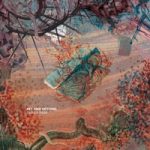 Set and Setting – Tabula Rasa (Pelagic Records)
Coming off of their third release in 2017’s Reflectionless, Set and Setting continue to crank up the heavier side of their material without losing the atmosphere that defines them. A dark vibe permeates the band’s cinematic flair due to the continued increase in heaviness, and the more concise song lengths give an urgency and immediacy that isn’t often found in many of these instrumental ‘post’ bands. Yet they still retain the depth and melodic flair that many are drawn to. An enjoyable progression to watch over the last few years, Set and Setting continue to provide plenty of thrills within their dreary atmospheres. – Kyle McGinn (Set and Setting on Facebook) 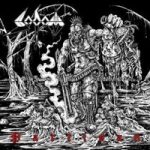 Sodom – Partisan EP (Steamhammer/SPV)
Sacking his previous lineup, bassist/vocalist Tom Angelripper of Sodom realigns with Frank Blackfire on guitar plus second axeman Yorck Segatz and drummer Husky for the 2018 incarnation. Partisan is a three-song EP consisting of two new tracks (the title cut and “Conflagration”) and a live rendition of “Tired & Red” from the Agent Orange days. Fast and furious, spitting with anger and never wavering from that militant stance, this is a solid preview of a reliable band knowing how to churn out what their faithful want. If you love Frank’s work during the Persecution Mania/ Agent Orange period, this is a natural extension of why Sodom is a top tier band not only for Germany, but the world. – Matt Coe (Sodom official website) 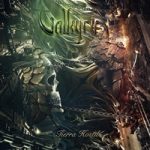 Valkyria – Tierra Hostil (Fighter Records)
Spanish heavy/power metal act Valkyria release their second full-length effort in Tierra Hostil. Together since 2014, the four-piece have a double bass-laden sound with sharp guitar riffing and harmony/hook aspects abound. Imagine Iron Maiden style salvos with fluid lead play that has some Symphony X/Helloween sophistication, along with a bit of that orchestral/keyboard supplementation in the right spots and that’s what you’ll experience on winning cuts like “Codigo de Honor” and mid-tempo triplet fueled “Vida Eterna”. Guitarist Yeray Hernández has a bit of that bard-like inflection to his vocal melodies that captures attention, almost in a theatrical presentation manner. Valkyria prove that this style goes over just as well in the Spanish language as it does for those who prefer power/heavy metal in English. – Matt Coe (Valkyria on Facebook) 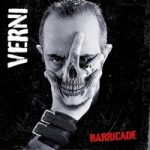 Verni – Barricade (Mighty Music)
Scratching that solo itch, Overkill bassist D.D. Verni issues his first solo venture with Barricade. Gathering ideas that didn’t fit Overkill (or his side project The Bronx Casket Co.) – this is fairly straightforward punk-oriented rock/metal fare, ten songs that connect to some of his other influences like Green Day, Metallica, and Queen. D.D. displays a lower, comforting melodic vocal range in catchy affairs such as “Miracle Drug” and “The Party of No”, while showcasing a reflective side during the piano-led, Slade-oriented ballad “We Were Young”. Plenty of axe guests on here including Jeff Loomis, Jeff Waters, Bruce Franklin, and Michael Romeo – just going in a commercial vein. Probably best suited for older fans who want to peer into D.D.’s musical history. – Matt Coe (Verni on Facebook)