Wednesday, 9th May 2018 By Dead Rhetoric 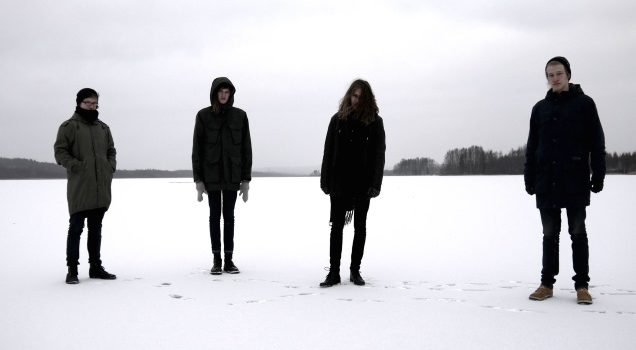 This very site recently celebrated its fifth anniversary. Along the way, we’ve cranked out an insanely high number of reviews, in large part to our dutiful staff, whose knowledge of, and enthusiasm for metal, knows no bounds. And this is why we continue to do Rapid Fires, our monthly short-review column: No album should go unturned if we had it our way. Up for debate this month is: Buried Above Ground, Claret Ash, Convocation, Crystal Ball, Cult of the Fox, Fields of Troy, Goat Worship (Brazil), Icarus Witch, Lenore S. Fingers, NortherN, Pleasure of Mutilate, Rage ‘n’ Steal, Seven Sisters, Tengil (pictured), and Wendess 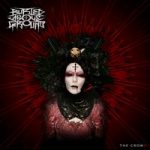 Buried Above Ground – The Crown (Seek and Strike)
A rather quick return after last fall’s Birth EP, Buried Above Ground serve up yet another short and digestible offering with The Crown. With the short time between releases, there’s unsurprisingly not much different than last time around. The deathcore act still gets some kudos for avoiding much of the more cliched terrritory (breakdown after breakdown after breakdown), but there’s still something missing to really give them an edge. The synths work in terms of setting an atmosphere that is more horror-esque, which is a good foundation for the band, but some added memorability in the riffs would help differentiate things a bit more. – Kyle McGinn (Buried Above Ground on Facebook) 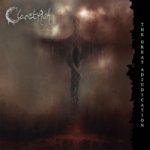 Claret Ash – The Great Adjudication (Casus Belli Musica)
A whopper of a 75-minute release with the first 5 tracks previously released as Fragment One, there’s much to consume with the combination of both fragments. But those looking for melodic and very riff-friendly black metal will find the long journey to be a rewarding one. While there’s a slight disconnect between the two components, but it’s never something too distracting, and the treat is truly in the winding tracks themselves. Some beautiful tremolo-picked melodies, a variety of clean/harsh vocals, and a somewhat gloomy atmosphere all combine to make an album that’s compelling and well put-together. Ambitious, and worthy of some praise based on the execution. – Kyle McGinn (Claret Ash on Facebook) 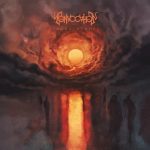 Convocation – Scars Across (Everlasting Spew)
Quite imposing death/doom from the heart of Finland, Convocation, as so predicted by their song lengths, aren’t in a rush to convey their rather harsh blend of funeral doom. They lay it down near-perfectly though, reflecting the sound’s various aches and pains, all with the requisite layering. Granted, there’s nothing new to be unearthed from any of the four songs on display here, but the main takeaway is that funeral doom, when done with the best of intentions, is every bit as the slow descent it should be. Convocation conducted themselves appropriately on Scars Across. – David E. Gehlke (Convocation Facebook) 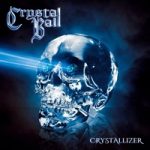 Crystal Ball – Crystallizer (Massacre Records)
Reaching ten studio albums is nothing to scoff at in the metal realm – so commend Crystal Ball for hitting that mark through Crystallizer. Another solid set of Swiss melodic metal songs with hard rock inflections, the Stefan Kaufmann (ex-Accept, ex-U.D.O.) production keeps the digital/mechanical precision of the quintet on point. The unison chorus aspect and refined guitar lines, keyboard embellishment, plus 4/4-oriented rhythm section makes me think of Europe, Pretty Maids, and a bit of Accept/Judas Priest when taking in winners like the mini-gallop driven “S.O.S.” or nastier “Death on Holy Ground”. The digipack version gets you thirteen songs instead of eleven on the standard edition – outside of that, Crystal Ball aren’t out to shock their established fanbase, but merely keep the hordes satisfied, and this should do the trick again. – Matt Coe (Crystal Ball official website) 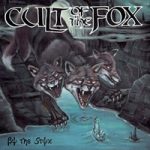 Cult of the Fox – By the Styx (Iron Shield Records)
Swedish heavy metal with strong 80’s flavoring in terms of the riffs, hooks, and melodies, Cult of the Fox on their third album By the Styx live for a power/traditional style in these eleven tracks. You can expect rough around the edge melodies that’s aren’t necessarily pitch perfect, supplementary gang background vocals for key choruses, and a boatload of straightforward metal tempos plus headbanging riffs. It’s obvious when you hear “Siege from the Sky” and “Blackfrair’s Bridge” that a love of Mercyful Fate, Candlemass, and Grave Digger all factor heavily into the quintet’s approach. Not really sure about the cartoon-like illustration depicting the infamous three-headed monster from Greek mythology, but this record probably has similar ‘cult’ appeal for that early 80’s collector who couldn’t get enough of swinging power riffs played at a mid-tempo or doom pacing. – Matt Coe (Cult of the Fox on Facebook) 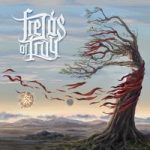 Fields of Troy – The Great Perseverance (Painted Bass Records)
An interesting mix of modern metal, rock, and more await those who seek out The Great Perseverance. A strong Alice in Chains vibe permeates things at times, but they combine it with a more guitar-driven and riff-heavy attack with a harsher bark to it, which aids in increasing the dynamic. Plenty of both vocal and melodic hooks reign supreme on each track, with the punchy riffing working to make sure the listener is moving. Easy to see a wide level of appeal at both the metal and rock level due to the sheer blurring that occurs. They combine the best worlds, and should be worth an investigation for those seeking modern heaviness. – Kyle McGinn (Fields of Troy on Facebook) 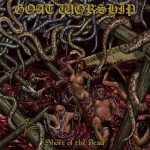 Goat Worship (Brazil) – Shore of the Dead (Xtreem Music)
Probably the Brazilian equivalent to Toxic Holocaust, in that you have one guy playing a ragged, raw, punked-up version of thrash, sort of backed into his (dirt-alley corner), causing a ruckus, getting in and out with the songs and moving on from there. On Shore of the Dead (the band’s second full-length), lone dude Hades leads a charge of punchy, punk-y d-beat numbers that don’t require a great deal of thought, but hammer on the tremolo and widen the circle pit. Total throwback all the way; looking forward to the Goat Worship/Toxic Holocaust tour. – David E. Gehlke (Goat Worship Facebook) 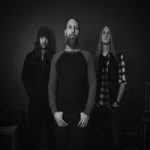 Icarus Witch – “Goodbye Cruel World” single (Cleopatra Records)
Seemingly on hiatus forever, this is the title track to the upcoming album for Pittsburgh, PA’s Icarus Witch. Featuring newest vocalist Andrew D’Cagna (Brimstone Coven) and solid studio drumming work from Jon Rice, this is a quick hitting three-minute and change number that keeps the traditional metal scene alive. Bursting with crunchy twin guitar harmonies and equally intoxicating vocal melodies, the six-year layoff has not cost the members any sense of direction or proper songwriting mechanics. Seeking out Neil Kernon and Jens Borgren behind the scenes gives the band that modern edge while not forsaking any of their classic affinities – can autumn speed up so the full-length hits hands quicker? – Matt Coe (Icarus Witch official website) 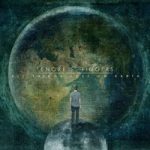 Lenore S. Fingers – All Things Lost on Earth (My Kingdom Music)
Melancholic and gloomy, the peculiarly named Lenore S. Fingers (we’ll save the story for you to Google for yourself) take a more gothic vibe (think early Lacuna Coil) and mixes it with more dreary landscapes (a la Anathema) and a bit of prog to create something surprisingly rich. The phrase ‘rainy day music’ comes quickly to mind as the tracks come to pass – reflective and pensive music that is often more underscored and mellow, yet they aren’t afraid to crank the guitars when necessary. Anna Murphy (Cellar Darling) aided in the recording and contributed some guest keyboards and hurdy gurdy, which is the cherry atop what should quite a sleeper hit for those in the mood for something on the more bleak side of things. – Kyle McGinn (Lenore S. Fingers on Facebook) 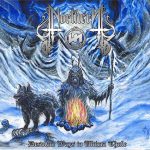 NortherN – Desolate Ways to Ultima Thule (Moribund)
Formerly known as Cold Northern Vengeance (which is a much better name), NortherN hail from New Hampshire and have technically been a functioning entity since 2002. Name change aside, the band plays a Heathen-oriented, Bathory-inspired brand of black-on-folk metal. The Bathory influence hangs around the most, in particular, those striking nods to the Hammerheart and Twilight of the Gods, two albums that have inspired more bands than we can count. Nevertheless, Desolate Ways to Ultima Thule strikes the appropriate balance between wintry escapades and folk minglings. Quorthon would be proud. – David E. Gehlke (NortherN Facebook) 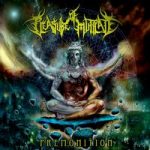 Pleasure of Mutilate – Premonition (CDN Records)
Certainly fans of the ’90s brutal death metal movement, it doesn’t stop the Ecuadorian act Pleasure of Mutilate from combining that feeling with some early death/thrash (i.e. early Sepultura). The result is something that is entirely relentless, with blazing speed and battering ram-esque brutality. It does become a bit derivative before it ends, despite a few breaks in the action, which impede it from delivering maximum replay value. But if you are in the market for something that hits the brutal pedal down entirely to the floor and keeps it there, Premonition is bound to deliver a potent adrenaline rush. – Kyle McGinn (Pleasure of Mutilate on Facebook) 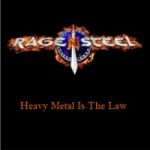 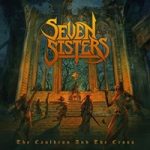 Seven Sisters – The Cauldron and the Cross (Dissonance Productions)
Another resplendent display of newer artists taking the traditional metal style and squeezing out quality hooks, melodies, and songs throughout for this second album. Seven Sisters possess plenty of marching riffs and harmonies (seek out “A Land in Darkness”), plus arm themselves with the higher falsetto-oriented charm of Kyle McNeill on guitars/vocals, bringing to mind Witch Cross during the almost thrash-like “The Premonition”. Gang vocals, dual harmonies, gallops aplenty, hero-oriented lead action, steady rhythm section supplementation – it’s all here and more. Perfect for synchronized head banging and hair windmills – those who dig the latest work of Enforcer and Riot V best be advised that The Cauldron and the Cross should slot in nicely for an equal classic/traditional metal with power emphasis. – Matt Coe (Seven Sisters on Facebook) 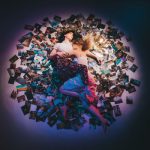 Tengil – Shouldhavebeens (Prophecy)
Prophecy, a label that has routinely proven it doesn’t have to stay within the boundaries to be successful, has unearthed Sweden’s Tengil. Essentially a post-hardcore band with dabs of atmosphere, done up in a free-form, almost cathartic manner, the band’s Shouldhavebeens full-length covers quite a lot of ground, although it’s their often spastic brand of hardcore that fits the bill here, especially “I Dreamt I Was Old” and “With A Song for Dead Darlings,” a song that is doused with daring synths. – David E. Gehlke (Tengil Bandcamp) 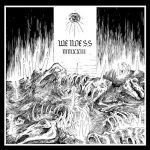 Wendess – MMXXIII (Archaic Sound)
French-Canadian black metal is hard to mess with, even if it gets lost in the brush fire of more visible and perhaps, controversial forms. For Quebec’s Wendess, they are of the atmospheric variety, drawing heavy inspiration from all of the right places, but also digging a bit into Voivod, which makes sense — they’re French-Canadian, too. Nevertheless, this is a reissue of the band’s 2016 self-release, spewing forth a variety of well-developed riffs along with a sterling sense of melancholy. Add another to the already well-stocked stable of French-Canadian BM outfits. – David E. Gehlke (Wendess Facebook)