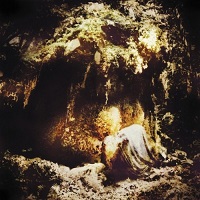 The last in a trilogy that started with 2007’s really-awesome Two Hunters, Celestial Lineage sees Wolves In the Throne room take a decidedly-obvious step forward in the production department (read: it doesn’t sound like crap), all the while clinging their harmonious Scandinavian-by-way-of Olympia, Washington sound. These moves are fine and dandy, although Celestial Lineagefalls a notch below the pace initially set by Two Hunters.

Helmed by the brothers Weaver (Aaron and Nathan), Wolves don’t shy away from hauling out those patented elongated tempo runs, meaning, they’ll find a blast beat and Norwegian chord progression, and proceed to go to town with it. “Subterranean Initiation” looks like it wants to come forward and become emblematic of the Wolves sound, with a cascade of blurry chord runs that have a perilous feel to them. The beefed-up production job comes in handy here (and pretty much throughout the entire album), giving those breathy chord structures and maniacal tempos an outlet to be recognized.

Never ones to shy away from actually constructing an album, Wolves wisely break up the pace of Celestial Lineage by way of a handful of interludes, the most notable being “Woodland Cathedral,” which continues from the opening salvo first heard on the song

“I” on Two Hunters. All these do is lead up to the apocalyptic-sounding “Astral Blood,” a song that manages to conjoin several layers of riffs, all into one mesmeric onslaught set to the tune of classic BM.

Perhaps the most critically-acclaimed and respected American black metal band of the last decade, Wolves In the Throne Room aren’t the above things for nothing. Aside from their unique ethos (the Weavers are farmers and aren’t too keen on modern civilization), the songcraft, attention to detail, and ability to create an atmosphere onto itself, is what makes Wolves such an easy