When I, like many others I do not doubt, heard the news that Wolves in the Throne Room were exiting their post-Celestial Lineage slumber to release new material, it was with great glee. The caveat came, however, when they later announced that it would be a kind of companion piece to that album and featuring no drums and minimal guitar, instead being a predominantly keyboard/synth-based affair. While synths have long been an integral (and fantastically used) component of the band’s sound, the question remained: could it alone carry an album’s worth of material?

In short, yes. While the majority of Celestite features motifs and melodies heard throughout Celestial Lineage (and what sounds like a couple of other albums too), this is a surprisingly complete work unto itself. The dream-like and spacey passages that previously overlaid or bookended tracks previously are the heart of all exploration here with often an incredibly positive vibe in place. There is some sinister manifesting on “Initiation At Neudeg Alm” when some extremely distorted guitar bleeds over the mix but the atmosphere is not lost. Initial ‘single’ “Celestite Mirror is both the longest piece here at over 14 minutes and the best encapsulation of the many moods and manners of the album as a whole. Minimal percussion and frigid synth work gives way to a myriad of movements with a rare use of bass (or at least something resembling bass) leading the way.

If you’re expecting a continuation of the language that Two Hunters/Celestial Lineage spoke you’re going to be in for disappointment (and really, unless you’ve been living in a black hole for the last six months you’d know that). What Celestite is, however, is an incredibly soothing and experimental piece of work from a band that, no matter the form it takes, seems to channel the right kind of energy for what they need. Whether this is a sign of what is to come in the future from the brothers Weaver or simply an exercising of musical demons is not known but what is clear that it works. It works extremely well. 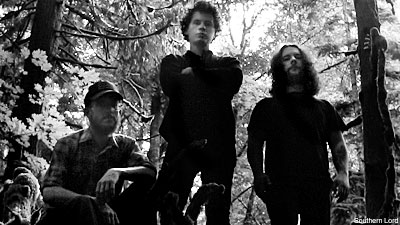