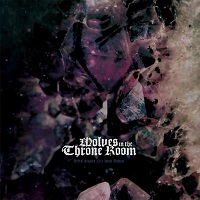 Metal cannot get much more naturally raw, radical, and intense to the root than this. Though they rather not classify themselves within any particular subgenre, Wolves in the Throne Room identifies with eco, spiritual, and Cascadian black metal. Instances of their woodsy conduct includes remembrance of a decaying farmstead in Washington, the first demo in 2004 when they used fur to encase a black CDR and lined the lyric sheet with moss, and even intentions on converting to solar power.

Many remember Wolves in the Throne Room’s previous release, Celestial Lineage. What we may not have known is that about a month later, on October 21st, 2011, Nathan and Aaron Weaver made a visit to BBC’s Maida Vale Studios where they recorded two pieces from Celestial Lineage for an LP titled BBC Session 2011 Anno Domini. The sound quality of the studio and live material are fairly alike. When recorded live, “Prayer of Transformation” and “Thuja Magus Imperium” amply express their vibrant tonalities, resonating acoustics, and immaculate tempo. Further enriching their cryptic reverberations and ecological reputation, Wolves in the Throne Room are known to exclusively use vintage recording equipment, including amplifiers.

The harmonizing surges of vocals and instrumentals poise the album’s timbres and structure. In mystifyingly ambient contours, the somber yet invigorating instrumentals set an eerie atmosphere. Reveries echo in Nathan’s vigorous and grimly vocals spiced with desolate snarls as he recites lyrical embodiments of nature in its most macabre and decrepit forms. Verses like “turning inwards, all beings bow low, unconcealed she flies, then hidden by snow” (from “Prayer of Transformation”) and “sacred fire of madrone burns eternally… engulfed by clouds of thujone” (from “Thuja Magus Imperium”) are entrancing in their poetic design and eloquent visualizations.