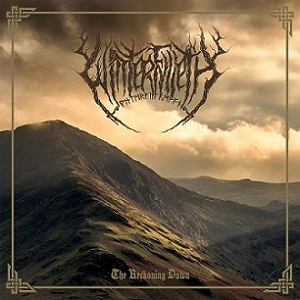 Purely as a matter of distinction, Winterfylleth tends to start their songs with some type of drum roll, then head into what is now their traditional, if not trademark spartan-blast-on-woodsy—tremolo riffing. It’s a black metal concoction that has served the Brits well ever since they popped up on the radar in 2008 via The Ghost of Heritage. Better, more lavish records followed, namely 2012’s spirited The Threnody of Triumph and its 2014 The Divination of Antiquity follow-up. Their 2018 all-acoustic The Hallowing of Heirdom presented the band in a more somber light, a thread that was abundant on their previous outings and their latest, The Reckoning Dawn.

Not enough is said about drummer and co-founding member Simon Lucas, who is often tasked with being the blast-beacon, or whatever you’d like to call him. He’s not flashy and his fills rarely jump off the page, but the foundation he consistently lays down gives guitarist/vocalist and fellow co-founding member Chris Naughton the ability to flex his riff muscles. While the pair haven’t strayed much from their original riff-on-drum purpose, the smattering of melodies that just go for it on “A Hostile Fate (The Wayfarer, Part 4) the triumphant title track and “A Greatness Undone” are quintessential Winterfylleth.

Two required and well-placed acoustic interludes in the form of “Absolved in Fire” and “Betwixt Two Crowns” are the only reprieves from another black metal avalanche from one of the U.K.’s most dependable bands. At this juncture, it’s unlikely Winterfylleth will wheel off course and go experimental (perhaps that’s what the acoustic album was for), but their unflinching consistency continues to reap the rewards on The Reckoning Dawn.