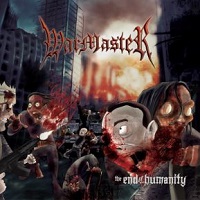 The initial death grovel spewed by Warmaster vocalist Corné Bijlemeer on “Nuclear Warfare” warranted a quick double-take, as in, has Chris Barnes jumped on yet another band’s album to lend his over-pronounced barks? Bijlemeer clearly takes influence from the dreaded-dreadlocked one, so much so that you can’t blame someone for getting the two mixed up as the band’s sophomore The End of Humanity trudges along. The album is yet another die-with-your-boots-on foray into the world of battle-themed metal, performed with the directness and tenacity of Bolt Thrower…and Six Feet Under.

Thematically and even a little bit on the sonic end, Warmaster simply provide a somewhat ample pass on simplistic death metal, meaning, the riffs are going to be really obvious and the shotgun blast moments are where the excitement drops in – and out. The Grave-like trample of “Deadly Artillery” is barbaric, probably the song most rooted in whatever happened in Stockholm two decades ago; “The Target” works with a similar pace and tempo (read: fast, but not all that fast), while the mid-tempo saunter of “Lies to Deny” only starts to tread when a harmonious tremolo-picked section comes aboard to give the song some pep.

In breaking down The End of Humanity to its core, there’s really only so much to work with when tying together the raw elements that comprise easy/simple death metal. Execution counts for something, but when you’re getting a mere rewind of what Warmaster’s obvious influences are, that’s when you start wondering if a fetch of Six Feet Under’s infinitely more boneheaded Warpath is a proper alternative. It’s not, but you know where we’re going… 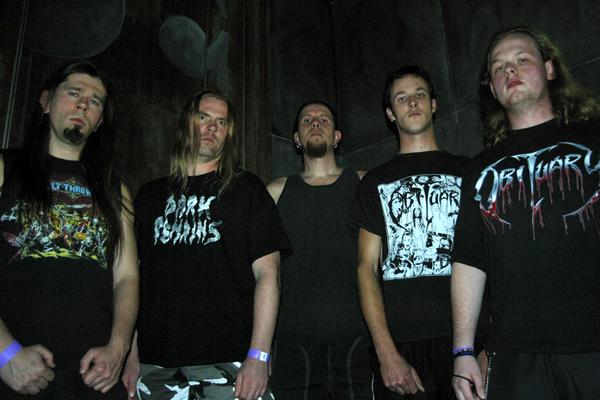 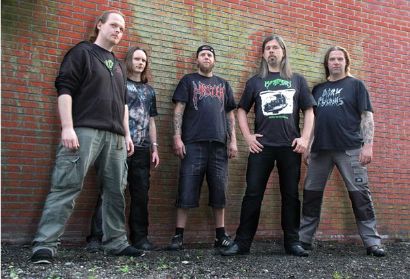