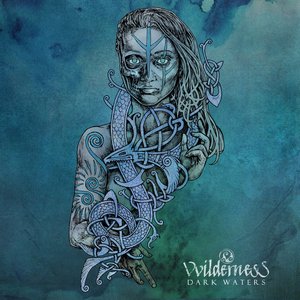 It’s safe to say that at this point, it can be thrown out there that if you have even any passing interest in the post-metal scene you can count on any material that includes vvildr (aka Ferenc Kapiller) to be a compelling and mandatory listen. Whether it’s the more gentle instrumental Release the Long Ships, the somewhat heavier Realm of Wolves, or in this case, the atmospheric/post-black vvilderness, it’s going to leave a serious impression.

It still goes without say that vvilderness is the most ‘blackened’ of vvildr’s seemingly growing number of bands, there’s still plenty of captivating beauty within. Truthfully, Dark Waters doesn’t stray too far from what made 2017’s Devour the Sun an enjoyable release, and it doesn’t really need to either. vvildr understands the nuances of what makes this type of material work, and the sprawling atmosphere and dynamic contrast between more frantic black metal and more tender, emotive moments are more or less on display from beginning to end. Melancholic, dreamy melodies tickle your ear from the beginning of “Mist Pillars ‘19” as the track bubbles and sways, gradually increasing in heaviness to the point of blastbeats, but never losing sight of emphasizing some potently emotional melodies. The opening title track offers some clean guest vocals from Kazumi and they offer a more reflective state as the acoustic/clean guitars strum about before it erupts into more blackened affairs. That sense of urgency with the heavier, blackened moments is an excellent match up with the dark and entrancing melodies, which is something “It Comes with the Rain” absolutely thrives off of. One other track worth a specific mention is that of “Havasok/Snowy Mountains,” which uses a melody composed by a Székely physician and composer (and later became the Székely National Anthem), and the more personal and folkier vibes of the song make it clear that it’s a track that vvildr poured plenty of heart & soul into.

Though somehow still kind of an underdog act within the scene, vvilderness can play right up with the best in the post- genres. Dark Waters has some strong dynamics and a genuine, affecting core that is sure to strike a chord within anyone who checks it out. 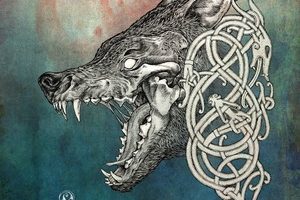