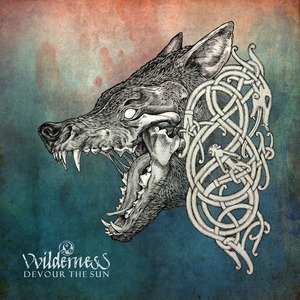 Those familiar with the name Ferenc Kapiller, or at least his solo project Release the Long Ships, are no doubt aware of how much striking and beautiful work he can perform. Where Release the Long Ships was an instrumental act more geared in the atmospheric and post-rock direction, Devour the Sun sees Kapillar turn his sights on a slightly more harsh terrain in atmospheric black metal.

The jump to atmospheric black metal from the shoegaze-y fields of Release the Long Ships is a logical one, and it is commendable that he decided to give this project a different name to reflect the changes involved (established bands please take note). One thing that most definitely carries over is his knack for writing some jaw-droppingly emotive music. The atmospheric sections, from the gentle acoustic guitar of “Life” to the gloomy riff of “Aftershine,” are as strong and accomplished as anything he’s done to date. If anything, the contrast with the blasting drums and blackened rasps make them stand out even more. But while one would expect (or at least hope) for this level of immersion in the quieter segments, it turns up that Kapiller is just as adept at finding beauty within the chaos when the music picks it up a few notches. Dark melodies shower themselves as blast beats ring out in the title track – much like genre titans So Hideous – really sucking you into the atmosphere and emotion of the surroundings. “Sól” wastes little time in delivering this idea, with some glorious yet melancholic riffs being the first introduction you receive to this heavier element.

There are few bands, label-backed or independent, that can craft emotive material the way that Kapiller does. vvilderness is an exciting new approach, and should be able to draw in those who couldn’t somehow appreciate the vocal-less outings of Release the Long Ships, or maybe wanted something slightly more dynamic. In either regard, both Devour the Sun and anything from Release the Long Ships comes highly recommended for those who want a little bit of beauty in their darkness. 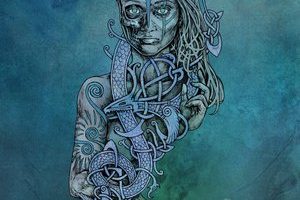