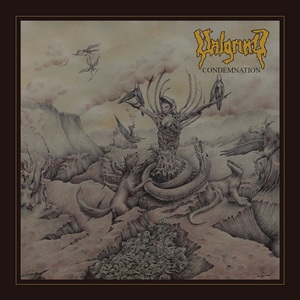 When looking back to Valgrind’s 2017 EP, Seal of Phobos, it worked due to the short length of the EP. While this scribe somehow lost track of the follow-up in 2018 in the form of Blackest Horizon, Condemnation now serves as the band’s most recent release. It also proves that the band is just as enjoyable and capable when it comes to a lengthier setting.

What has worked for the band previously is still front and center. Many of the tracks here like to jump right into whirlwind-level riff storms and high-speed madness. It’s frantic in that old school death metal way and provides a lot of adrenaline for the listener. The vocals have more of a hardcore bark to them than a guttural tone but it works quite well with the speed at hand. Even during slower moments, such as some mid-tempo work on “Eater of Hearts” or “The Day,” it still has a massive weight to it that comes across as enjoyable. A focal point still is the band’s frenetic solos, and rightly so. They tend to be frenetic in tempo while still retaining a melodic and memorable touch. “Storm Birds Descent” features two in tow, the first being more melodic and the second having a few more fiery moments. The album’s lengthiest track, “Divination – Marked by the Unknown,” takes a moment of rest and provides some build-up before the fury is unleashed, as well as a synth-based outro that gives it an extra bit of presence.

With an attack that focuses on furious blackened death speed and soloing, Valgrind keep the listener engaged within their ferocity. It’s not really pushing the envelope in many regards, but that doesn’t keep it from being an entertaining listen, particularly if you want some thrilling speed and brutality in the mix. 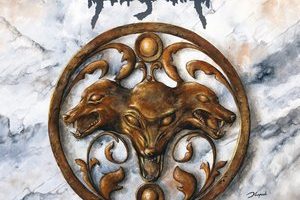