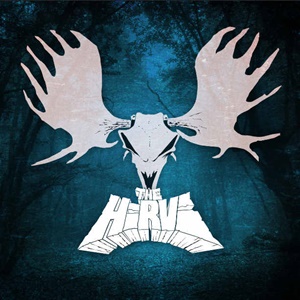 When thrash began its first big boom in the 1980’s, many underground artists slipped through the cracks for any sort of commercial opportunities. This Finnish act is among that wave – finally getting the chance 30 years later to finish what they started, The Hirvi (rough translation ‘The Moose’) return with this debut full-length Old School Killspree taking older songs into the modern age through updated recording models, and in the end delivering a potent blast of material.

Intertwining an amalgamation of crisp rhythms and acidic vocals, the band also has an added penchant for progressive, left-field action that may conjure up a bit of Coroner or Voivod atmosphere – especially evident on “Satan Is Back”. Guitarist Juha Virtanen has a raspy, speedy presence behind his melodies, as if he took the best of Alexi from Children of Bodom and channeled his best Mille/Kreator inner beast throughout these eight tracks. Diverse set-ups and haunting clean openings with thunderclap effects and slow-building snare hits make “Dance Dance Dance” a perfect epic arrangement, the 7:45 song containing a bevy of engaging rhythms, point/counterpoint measures, and mid-tempo hi-hat/snare tricks that take things into atmospheric dynamics beyond the Bay Area/Teutonic thrash foundation. You can tell in select spots where Master of Puppets and Reign in Blood mattered most to the Hirvi, especially when you take in bone crushing rhythms and relentless snare/kick combinations for “Killer Instinct” – punctuated again by the punishing larynx of Juha and almost off the rails lead play from Joni Tanskala. The record also contains two shorter Finnish-sung songs, the final track “Jumala on hyvä” almost a frantic buzzsaw of speed/punk chaos that is illogical yet proper for an ender.

The cover may set up some confusion for most speed/thrash fanatics used to a horror/violent landscape – but it’s hard to dispute the quality execution The Hirvi display through these tracks. Now that they’ve taken this long to deliver Old School Killspree, can a second album be in the sight lines sooner than 2048 perhaps?