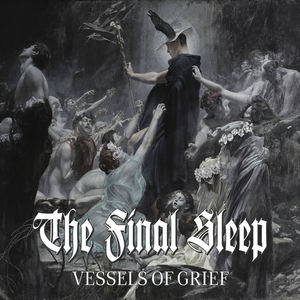 Five years ago, The Final Sleep released their first full-length in I.  Having witnessed them previously live, it was excellent to see that their unique hybridization of metal genres came off just as strong on record as it did in the venue.  Vessels of Grief is their follow-up effort, and it continues the sound that the band championed previously, with some added tweaks and even smoother transitions as they refine their take on heavy metal.  You’ll want to lend your ear if you look for releases that avoid being pigeonholed.

Carrying a wide spread of influences from traditional heavy metal, power, and progressive and merging them with more extreme sounds (such as death and black metal) may not exactly sound like it’s that’s really pushing the envelope but it’s more about the way that the band does the mixing that makes it special.  A track that consistently stands out here is “Pale Whisper.”  It opens softly with some catchy progressive melodies and riffs, and entertains this feeling for a while, even as clean vocals and clean guitar build.  Continuing the progression into heavy territory, dual clean/growls emphasize the coming storm, and about halfway through the song it flips the switch and enters more blackened territory as the tempos build and swirl into more firmly extreme waters.  Coming back into melodies with a melancholic solo towards the end wraps up the track’s journey.  The same type of descriptions can easily apply to any of the other five tracks, as they make use of their 5-7 minute runtimes to really make a distinct mark as they move from melodic to heavy and merge the two forces together in different directions.  To simply pick one more, opener “Screaming in Silence” is a more aggressive track, seemingly meshing together more traditional heavy metal elements with hooky melodies and guitar heroics with a gritty and deathly tone below.

It’s a shame when albums like these get ignored in favor of more ‘ordinary’ records.  Vessels of Grief stands tall as a unique listen that should be able to grab many different types of listeners by the throat and impress them.  Here’s to hoping that The Final Sleep get some deserved recognition for their forays into more progressive and attractive niches within metal.  This is an album that you can give a quick listen to, or a deep dissection of, and want to dig in again for another spin. 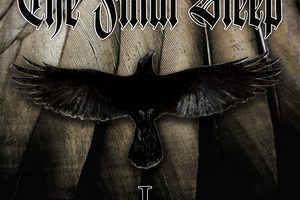