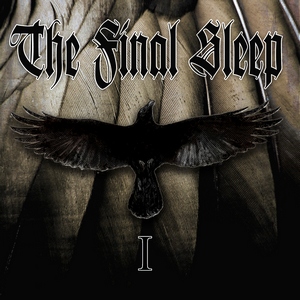 In today’s overcrowded scene, it’s a rarity to find something that truly stands out. Many claim to of course, yet more often than not, you are left with something that feels like more of a retread than anything else. A first full-length from the Upstate NY act The Final Sleep has been a long time coming, and for those seeking something a little more out of the ordinary, there’s much to love about I.

First witnessing this act live a few years ago, I holds up to the promise of their live performance. Using the progressive death metal tag doesn’t come close to doing the band justice. The strongest facet of the band is just how many different things they can blend together under the “progressive” tag and still sound so cohesive. One minute things can be rolling along with death metal aggression and the band will change over into more melodic territory – be it thrash, traditional, or melodeath in nature. Some fantastic melodies to be had with “Disbelief” and “Feeding the Night Sky” in particular, both of which also shift into acoustic/clean moments to increase the variety. The transitions work, and it never feels like the band is just trying to do something “because they can.” There’s not a track that you won’t find yourself singing or screaming along (the vocals here are as nicely varied as the rest of the instrumentation), or admiring a melodic lead. The heavier moments of “My Eyes Bleed” and “As We Leave the Flesh” are just as genuine, exerting just the right amount of force (and groove, in the case of the former) to make the melodic components pop.

Hard to come up with much to complain about with I. At 30-minutes and 5 tracks, it’s certainly the case of “all killer, no filler” and you’ll be inclined to start fresh at the beginning once it ends. If you have any interest in the more melodic end of extreme metal, The Final Sleep are bound to have some sort of appeal for you. Creative, compelling, and worth seeking out – loads of potential here.