Taatsi – Among the Trees (Forever Plagued) 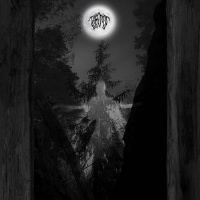 Their name taken from a sacrificial stone found in Northern Finland, black metal (duh) combo Taatsi play a wooden, certainly symphonic take on the black arts. Per the usual, their lyrics detail the “majesty of nature” found within Scandinavia, a routine reminder of how superior their geographic landscape is to ours. (Or so they claim.) Never the matter, for Among the Trees recalls mid-90s era Dimmu Borgir (see: Stormblast), as well as the scattered less feral offerings of Emperor, and for a wild card, early Manes.

Production – always a topic of debate in this realm – is not of substandard quality, but of middle-of-the-road quality, which again, puts the band smack-dab in the middle of the 90s. Therefore, those wintry melodies found on “A Journey Through the Midwinter Forest” and particularly “Circle of the Firmament” provide for the album’s peak, and chilling moments. Here, the band’s deft use of atmosphere and winding, melodic guitar lines comes to the fore, peppering the songs with visions of lonely nature walks, lonely nature evenings, and a lonely life in nature. Just loneliness all around. And a lot of trudging through the snow with boots on.

Visualization aside, Among the Trees has some legs in the black metal scene circa 2014. While a good portion of the scene is preoccupied with what the Cascadian movement or these new-found blackened sludge acts (which needs to stop…now), a band such as Taatsi should be able to stick out based on their strict adherence to a time when black metal was its arguable peak. That being said, anyone who clamors for the unflinching, still legendary action of Norwegian and/or Finnish and/or Swedish black metal circa the mid-90’s would be advised to give Taatsi a gander.