Modern metal bands have become so attached at the hip of having their albums “enhanced” by technology, that hearing an LP without such “enhancements” has become rare. (And yeah, cue up the extra quotation marks and the use of the word “LP.”) Computers do most of the heavy lifting these days, correcting mistakes, patching up sloppy playing, and auto-tuning singers who couldn’t find the key if it was in front of their face. Granted, most technical death metal bands don’t have to worry about wobbly vocalists, but more often than not, their albums are beefed up with Pro Tools or something similar. Canada’s Super Massive Black Holes, though, are anti-technology. If that makes sense.

The band’s Calculations of the Ancients (which really sounds like a Gorguts or Pestilence album title) is an imaginative combination of technical death metal, jazz, and prog, thus encompassing all of the style’s current “it” bands, even Between the Buried and Me, who seem to be the primary vocal influence for Denver Bergreen. Regardless, the various ins and outs of the record reveal a band comfortable with mutated time signatures and bizarre riffs, of which comprise the bulk of mainstay cuts “(Sub-Molecular) Transmogrification of the Oriphy” and “Distance to the Great Attractor.”

Special nods to “Mathematics of Emotion,” a rare all-bass number that is both textured and melodic, providing a necessary respite from the album’s most head-strong technical and obtuse wanderings. In spite of what can be deemed as a record that at first, is elusive, Calculations of the Ancients shows a band rather in control of their instruments, with a properly mapped-out direction that in time, should increase the platform of Super Massive Black Holes. 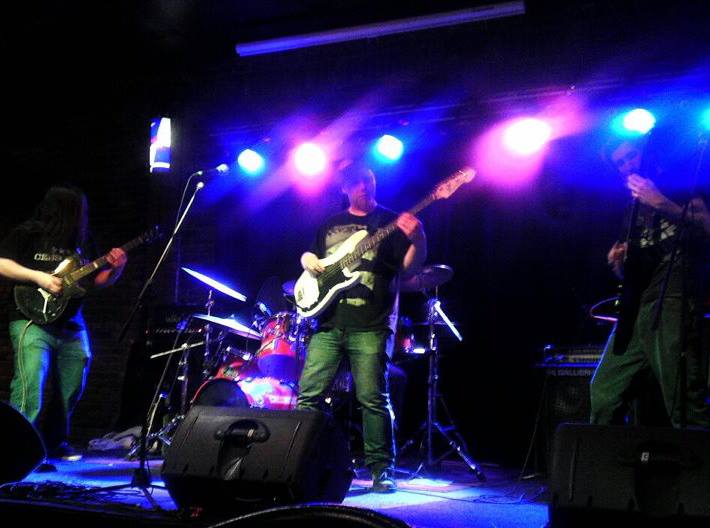