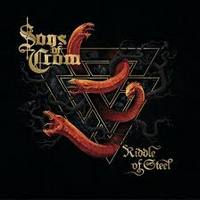 Part Finnish and Swedish, Sons of Crom have it in their Scandinavian blood to play metal culled from the epic hilltops of early 90s Bathory. ‘Ole Quorthon during his cherished Hammerheart and Twilight of the Gods era appear to be the primary inspiration for the band, who formed this year and comprise of Iiro Sarkki (vocals, drums) and Janne Posti (guitars, bass, vocals, keyboards). That said, with their heads and (hammer) hearts in the right spot, their Riddle of Steel debut emerges as a boulder-sized slab of non-pretentious epic metal; somewhat of a rarity in this day and age.

High on acoustic instrumentation and lush melodies, the general approach of Sons of Crom rests largely on not having to over-extend oneself with technicality, but rather on mood and space. It’s the primary driver of a cut like “Master of Shadows,” where the band’s, and specifically Posti’s simple, but momentous riffing starts to take hold. The necessary amount of sword-fighting and sword-clanging comes down during “Golden Gates” and more obviously, “Victory,” a song that is punctuated by screaming leads and a slow, but driving pace. Another song to watch for is “Cimmerian Dance,” a mournful, but effortless instrumental that comes in right after the album’s most effective jam, “Call of the Mountain.”

A no-frills, but exciting debut, Riddle of Steel adheres to all of the right conventions for epic Scandinavian metal. However, don’t sleep on the album’s somber tone, for it will sneak up on you, much like it does on the excellent piano-only closer “Seven Spells (The Riddle of Steel),” a song that shows that most of these guys do have a soft and tender heart, it just takes a while for them to show it. In the case of Sons of Crom, it only took their debut for it to happen. 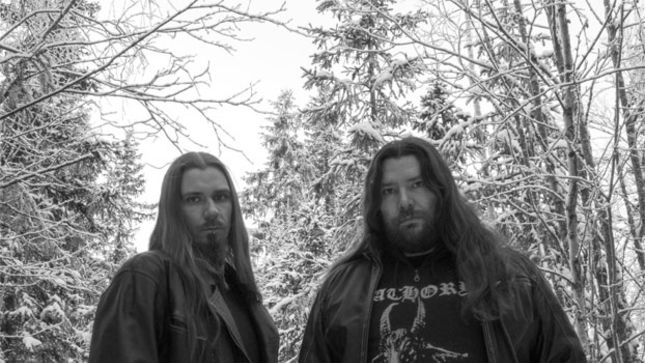